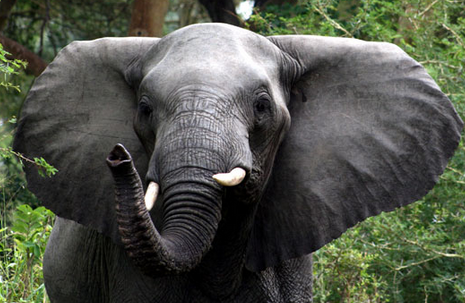 500 Elephants To Be Transported From Malawi To Wildlife Reserve

African Parks, a non-profit conservation organization, will be moving 500 elephants from two overpopulated wildlife reserves in south Malawi to Nkhotakota Wildlife Reserve, an area that has had its elephant population decimated by poachers.

The organization, which is responsible for the protection of 90% of the elephant population in Malawi, feels that although the journey of 300-500km will be a long and expensive one (1.5 million U.S. dollars), the trek is worth it as there is no alternative as Malawi has lost over half of its elephant population within 20 years (from 4,000 to 2,000).

In Africa, there are currently only 450K elephants left, as population numbers drop fast due to the increase in poaching.

Fortunately, the elephants’ new 16 thousand hectare home will be fenced off and protected by a community dedicated to protect them from poachers.

The first herd of elephants are set to be transported via truck in July. The operation is full of risks, and it will take a year to complete.

The organization made global headlines after it relocated a group of lions from South America to South Africa.

By 2020, our goal is to manage 20 parks and protect more than 10 million hectares. Because of the geographic spread and representation of different ecosystems, this will be the most ecologically diverse portfolio of parks under one management across Africa.
Conservationists often argue against translocations, and feel that other alternatives, such as long-term monitoring of elephant populations, should be considered prior to moving the animals.

Previous articleRicky Gervais Urges Irish Government To Stop The Sale Of Greyhounds To China
Next articleHave Fun On The Fourth Of July, But Also Protect Your Pets

The Dhyan Foundation, a spiritual and charitable organization has issued an urgent plea for more people to sign a rapidly growing Change.org Petition “to...
Read more
News

Photo from Politie in the Netherlands. A young lion left abandoned in a cage was found by a jogger yesterday in Tienhoven, a village near...
Read more
Load more