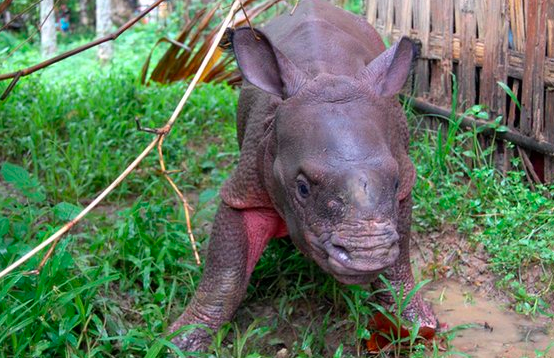 A group of rhino calves at risk of being swept away by flood waters at a national park in northeastern India have been rescued by wildlife workers. 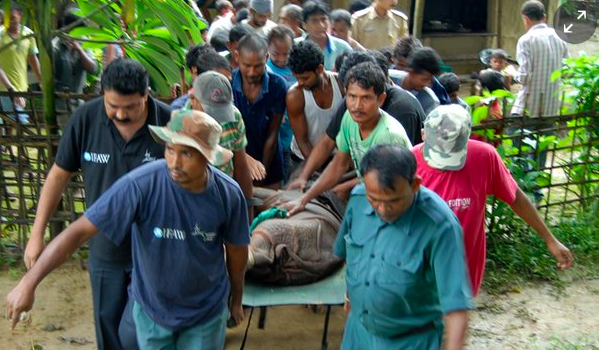 The rains have flooded vast areas of the Kaziranga National Park, which is home to the world’s largest population of one-horned rhinos. The monsoon rains have also forced nearly 1.2 million to leave their homes. 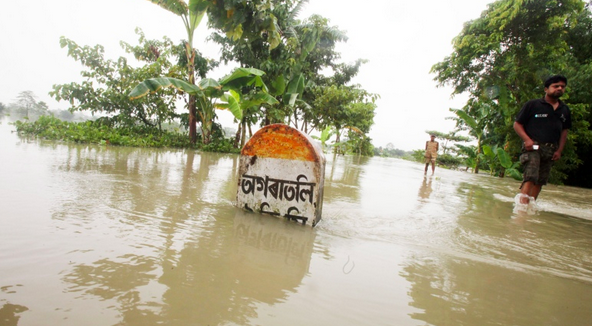 Rathin Barman, an official at a wildlife research and conservation center in Kaziranga, confirmed that six baby rhinos have been rescued, and will remain at the center until the flood waters subside.

Sadly, at least one rhino has drowned in the floods as the Brahmaputra River overflowed and breached various banks. Forest guards found the rhino’s remains in the park this week.

Kaziranga National Park, which is now 80% submerged, is home to numerous wild animals, including elephants, tigers, deer, and wild buffalo.

In 1998, a flood had also devastated the area, leaving the animals to huddle together as they waited to be rescued from a sea of water.

This year, Uttam Saikia, a freelance photographer and honorary wildlife warden at the park, filmed a tiger swimming across Ratan Chapori. The tiger eventually took refuge on a tree. 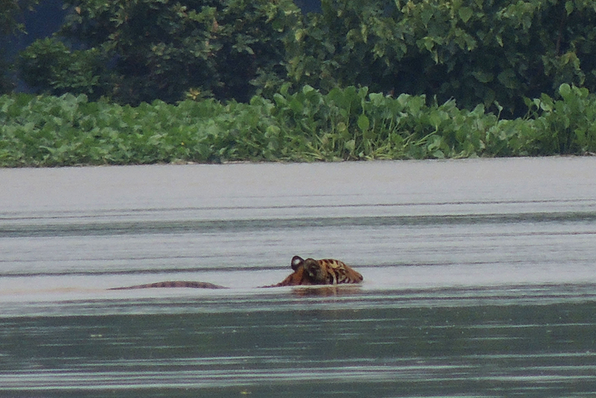 Fortunately, each year, when Kaziranga floods, hundreds of people take part and ensure that the animals are safe from the flooding, wildlife crime, and accidents. Kaziranga has proved to be one of India’s best wildlife conservation models.

Photo from Moving Animals An overworked and exhausted group of elephants will no longer be forced to give rides at one of the largest religious...
Read more
News