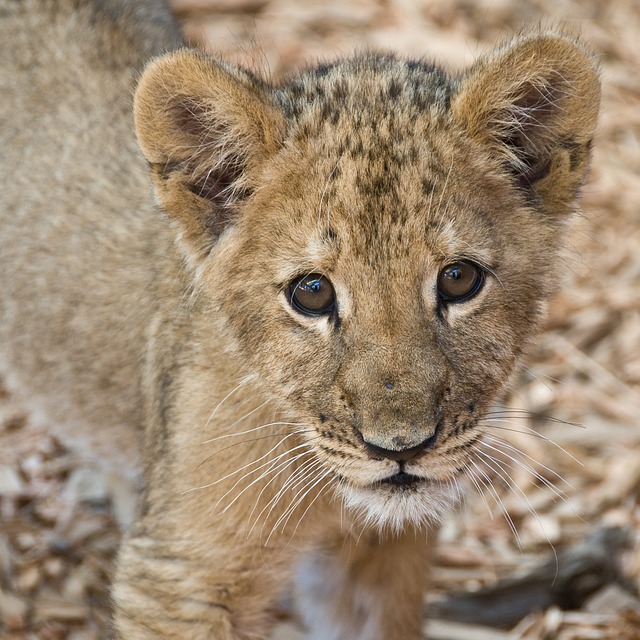 Animal Activist Of The Year, Patty Shenker Talks Trophy Hunting – Another Cause of Wildlife Extinction

President Trump announced his plans to reverse the ban on importing elephants’ body parts, such as their heads and tails, to appease the perverted men and women who pay high prices to kill wild animals.

Besides to appease his sons so that they can put an elephant head on their wall and continue to hunt more of them, Trump has again taken away a courageous and compassionate act from our former president, Barack Obama.

The outrage of the potential elephant trophy import ban riversal was heard and felt around the world and especially in the U.S. Many newscasters, celebrities, and the majority of Americans were outraged with this short-sighted and appalling decision.

Not only is trophy hunting barbaric; it is also one of the reasons our global wildlife is on the verge of extinction.

It reminded me of the outrage at the murder of Cecil, the African lion who was killed several years ago. An American dentist paid $55,000 to kill this majestic lion, who was collared for study at Oxford University and had recently sired several cubs. The dentist lured Cecil out of his protected park with some newly killed prey and then shot Cecil with a crossbow. But Cecil didn’t die then. He suffered for some 40 hours until the same dentist tracked him down and killed him with a shotgun. After that, Cecil was skinned and decapitated so this dentist could hang his head on a wall and use his skin for a rug.

The global reaction caused the President of Zimbabwe to ban trophy hunting in Zimbabwe and to call for the American dentist to be extradited to answer charges for the illegal killing of Cecil.

However, since then, the global hunting community has pressured the President of Zimbabwe, who has sadly lifted the hunting ban, much to the dismay and outrage of the global community. The majority of Americans and people around the world are against trophy hunting all together.

Among the backlash from Cecil’s story is a list of airlines that have changed their policies and will no longer transport wildlife trophies: Virgin Atlantic, Air Canada, United, Delta, American, Emirates, British Airways and Air France. We thank you for your compassion!

Trophy hunting is big business, and the hunters were quick to defend their practice, pointing out that trophy hunting benefits the people of these countries calling it “con” servation.”

Even certain animal advocacy groups like World Wildlife Fund and Save the Rhino endorse supervised hunting as a way to save endangered species.

In an opinion piece in the Los Angeles Times, Charlotte Allen wrote that, without trophy hunting, lions, rhinos and other animals in the wild would go extinct because “few have the incentive to keep them alive.”

However, the esteemed Dr. Jane Goodall disagreed. She wrote- “One good thing comes out of this. Thousands of people have read the story and have also been shocked. Their eyes opened to the dark side of human nature. Surely, they will be more prepared to fight for the protection of wild animals and the wild places where they live.”

Trump’s action here proved Dr. Goodall right; the global community has become educated and outraged, enough so that Trump has backed off temporarily.

According to the United States Fish & Wildlife Service, 1,374 African lion trophies and 634 African elephant trophies were imported into the U.S. in 2013 & 2014. The approximate total number of lions in South Africa is 9,100 with 68% of lions living in captivity in South Africa. 2-3 captive lions are killed each day in South Africa with 50% of those lions being shot by American hunters. These captive hunts are called “canned hunts.”

Is this really “con” servation or a convenient excuse that falls neatly into the hands of trophy hunters?

The definition of conservation is “the act of preserving, guarding, or protecting.” Judging from that definition, hunting certainly is not conservation.

Trophy hunters are eager to point out that these huge sums benefit local communities, support “con” servation efforts, and are part of effective wildlife management. Their claim that they are employing and helping the poor people of Africa is an exaggeration, the truth is that only about 3% of their profit goes to help the local villagers. The majority of money brought in from trophy hunting is pocketed by professional firms, individuals, and the government agencies that issue these hunting licenses.

Trophy hunting critic, Peter LaFontaine, who works for the International Fund for Animal Welfare (IFAW) said, “What happens in practice, most of the time, is that money goes straight to corrupt government officials or outfitters, and doesn’t actually wind up back in the hands of local community where hunting goes on, and they then aren’t incentivized to protect wildlife and conservation areas.”

Hunters put the ‘con’ in conservation!

What does incentivize local communities is ecotourism, which is the world’s largest and fastest growing industry, generating huge revenue for countries around the world. The World Tourism Organization (WTO) forecasts that worldwide, international tourists will increase from 613 million in 1997 to 1.6 billion by 2020, and earnings will jump from $443 billion in 1997 to more than $2 trillion by 2020.

For now, Trump has put this on hold until he meets with Secretary of the Interior, Ryan Zinke, but please do not feel encouraged by this. Zinke is an avid trophy hunter, having killed many of our endangered wildlife, including a majestic elephant in Africa.

It is imperative that we continue to make calls, write letters, tweet, etc. to Congress, to our state representatives, and even to the countries of Zambia and Zimbabwe, who are allowing their precious wildlife to go extinct for the entertainment and delinquency of a small percentage of humans who love to kill.

I speak for myself in saying that, without the diversity of wildlife around the world, I won’t be interested in visiting these countries and I know that many feel the same.

Eco-tourism will nosedive drastically, and these countries, their people, and the environment, will suffer in ways we can‘t imagine yet. We all can imagine and must face the tragic truth that our global wildlife is suffering greatly and disappearing rapidly. A.D. Williams wrote- “We can rocket man into space, divert mighty rivers, build skyscrapers above the clouds and make smart phones. But we cannot bring back a lost species.”

We are their greatest threat and their only hope!

Please keep fighting for them all!

Help ‘One Tree Planted’ Restore, Recover, And Reforest Our Planet!

‘One Tree Planted’ is dedicated to making it easier for individuals and businesses to help protect our environment, biodiversity, and create a healthier ecosystem...
Read more
News

Moazu Kromah, a citizen of Liberia and resident of Uganda, was sentenced yesterday to 63 months in prison for conspiring to traffic millions of dollars...
Read more
News