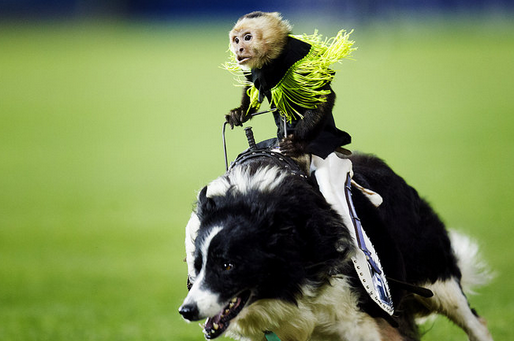 WILMINGTON, Del. — One minor league team is causing a serious stir among animal activists as their “tradition” of training capuchins to ride sheep dogs as a form of entertainment has continued this season. 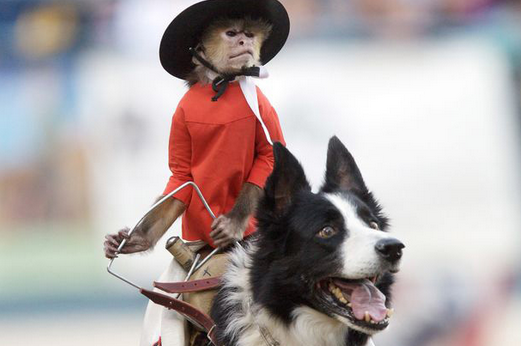 The “Cowboy Monkey Rodeo” has been held during the Wilmington Blue Rocks’ minor league games at various times each season. Chaps-wearing monkeys are trained to ride dogs while herding sheep in order to garner laughs from the crowd. 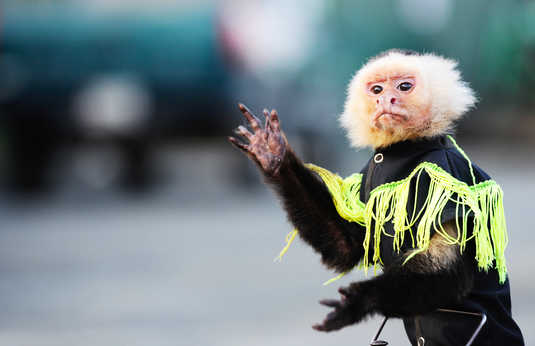 Rodeo operator Tim “Wild Thank” Lepard has been accused by animal advocates of abusing these animals. Lepard claims that he treats the monkeys as if they were family. Protestors have spoken out against these events and more than 47,000 signatures have been gathered by PETA  in condemnation of the rodeo.

Although Minor League Baseball President Pat O’Connor says the league doesn’t support animal acts, he has not taken action to ban them.

Photo from SPCLA is of three-month-old Macie ID # 18-07430. WAN prays she, and all animals, find safety with their adopters. As kitten season is winding...
Read more
News

How Can The Tiger Temple Plan To Reopen 9 Months After It Was Raided?

Tiger Temple plans to reopen amidst outrage and a raid that took place 9 months ago, in which dozens of dead baby tigers, some...
Read more
News

The Animal Welfare Accountability And Transparency Act Has Just Been Introduced In The U.S. Senate Challenging USDA Database Purge

The Animal Welfare Accountability And Transparency Act S 503 was introduced last week in response to the USDA’s removal of online databases from its...
Read more
Load more