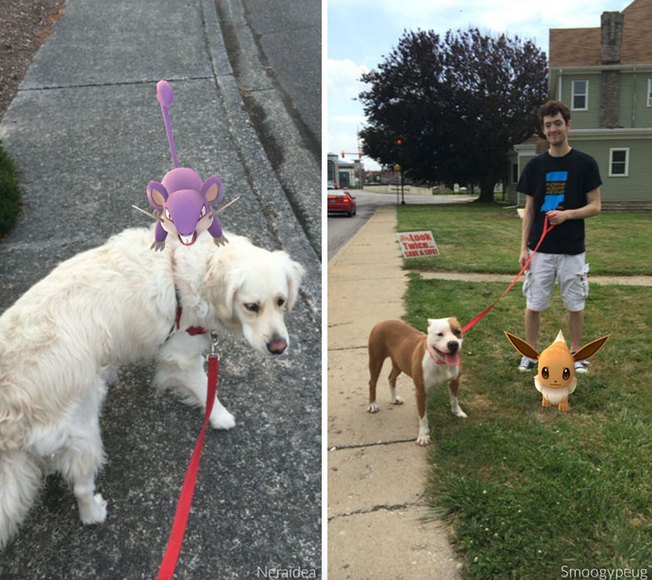 Pokémon Go is hot, and animal shelters around the country are cashing on its popularity by incorporating the virtual game into their businesses.

An Austin Animal shelter hoped to bring in more potential adoptees by inviting them to catch their virtual gaming creatures while partying with real pets during the shelter’s first ever PokéParty.

The party idea came about as an idea to increase animal shelter traffic by advertising the shelter as a hot spot for players.

The shelter put out ‘Lure Modules’, and acted as a PokéGym complete with four PokéStops. Those who took photos of Pokémon with a dog were able to have their adoption fees waived.

A New Mexico shelter, Positive Paws Rescue Transport in Albuquerque, is inviting players to take a canine companion on their trips to “catch ‘em all” (Pokémon), as they wander around neighborhoods in search for the virtual reality awards.

“A lot of people that like Pokemon like animals, so I figured it would be a pretty good program to combine both the dogs and Pokémon Go,” said organizer Haley Bower. The extremely small shelter has already seen a huge boost in traffic.

Bower says that one of the shelter’s dogs, a German Shepherd mix named Iris, needs to walk more often in order to produce more milk for her babies that were born just a month ago, and Pokémon Go just may help to bring her some fresh air more often.

Another shelter, Muncie Animal Shelter in Indiana, was one of the first to use the the extremely popular game to encourage players to volunteer to walk their dogs during their game play.

In Defense of Animals has joined forces with world-renowned animal advocate and comedian Ricky Gervais to educate shoppers about the true cost of fur and to...
Read more
News

Eastern lowland gorillas can only be found living in the Democratic Republic of the Congo; but sadly, the remaining gorilla population that lives there...
Read more
News

Arizona Game and Fish Department It was definitely not just an-otter day for three utility workers who responded to the cries of an animal in...
Read more
Load more