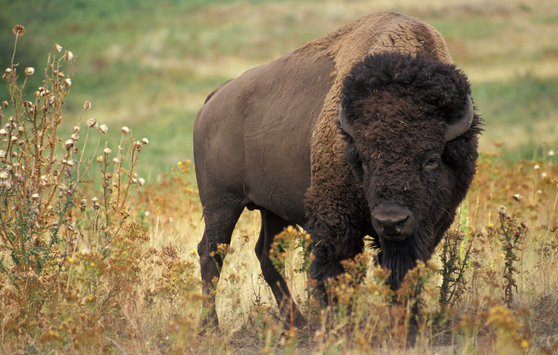 Buffalo Field Campaign (BFC), Friends of Animals (FoA) and the Western Watersheds Project took the first step to sue the Dept. of the Interior and U.S. Fish & Wildlife (USFWS) for failing to provide Endangered Species Act (ESA) protections for the distinct population segment of bison in Yellowstone National Park in response to two citizen petitions.

“America’s national mammal, the wild bison, is threatened with extinction because of the actions of the agencies entrusted with protecting them,” said Dan Brister, executive director of Buffalo Field Campaign. “The Department of Interior should base its decisions on the best available science, not political pressure from the livestock industry.”

As set forth in a Notice of Intent to Sue, in issuing a negative 90-day determination on the petitions to list the bison as threatened or endangered, USFWS failed to rely upon the best available science, applied an incorrect legal standard to the petition and ignored the plain language of the ESA, which requires that any species threatened by one or more of five factors shall be designated as endangered or threatened.

“The 4,000 bison in Yellowstone National Park are the only genetically pure bison in a herd of that size in America. It’s an extremely important herd and obviously in a place where they should already be protected,” said Michael Harris, director of Friends of Animals’ Wildlife Law Program. “But hundreds are slaughtered every year when snow and ice cover the bison’s food and hunger pushes them to lower elevations across the park boundary in Montana. When they cross this arbitrary line, the buffalo enter a zone of violent conflict with the livestock industry.”

“The Yellowstone bison herds are unique in the scope of their genetic diversity and the absence of hybridization with cattle, a problem that besets almost all other bison herds,” added Michael Connor, California director of Western Watersheds Project and author of the listing petition. “But instead of allowing these bison to behave like bison and move with the seasons, government agencies are practicing indiscriminate killing that is destroying their genetic diversity. Protection under the Endangered Species Act is the only way to counter these government management inadequacies and other threats.”

Harris pointed out that the USFWS failed to consider the fact that the present and historical curtailment of habitat and range has already resulted in placing the Yellowstone bison at risk of extinction. USFWS deems the population status of the herd to be stable, however under the ESA, the agency is required to not only look at the current numbers of bison, but how much of the bison’s range has already been destroyed and curtailed. Bison historically occupied approximately 20,000 square kilometres and presently only 3,175 square kiometres within the boundaries of Yellowstone National Park serve as principal bison habitat.

“There were millions and millions of acres that were available to the bison that are no longer available to them because of human actions. Their range has been curtailed by 90 percent, and that alone should be enough to warrant a listing,” Harris said.

Darien, Connecticut-based Friends of Animals, an international animal protection organization founded in 1957, advocates for the rights of animals, free-living and domestic around the world.

West Yellowstone, Montana-based Buffalo Field Campaign is a non-profit public interest organization founded in 1997 to protect the natural habitat of wild migratory buffalo and native wildlife, stop the slaughter of America’s last wild buffalo and advocate for their lasting protection, and work with people of all nations to honor the sacredness of wild bison.

Western Watersheds Project is a nonprofit environmental conservation group founded in 1993 and has field offices in Idaho, Montana, Wyoming, Arizona, California, and Oregon. WWP works to influence and improve public lands management throughout the West with a primary focus on the negative impacts of livestock grazing on 250 million acres of western public lands.

Learn more about how you can HELP and TAKE ACTION to protect the wild bison from extinction! 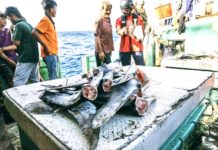 Concerning News As An Estimated 250 Chinese Fishing Vessels Found Near The Galápagos Islands; Killing Protected Species, As Well As Sharks For Their... 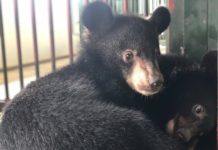 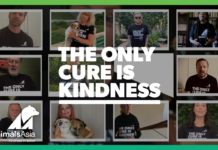 Joaquin Phoenix & Ricky Gervais Are Among Many Influential Stars Demanding An End To Bear Bile Farming In Animals Asia’s New “The Only Cure... 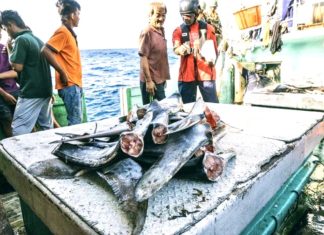 Joaquin Phoenix & Ricky Gervais Are Among Many Influential Stars Demanding...