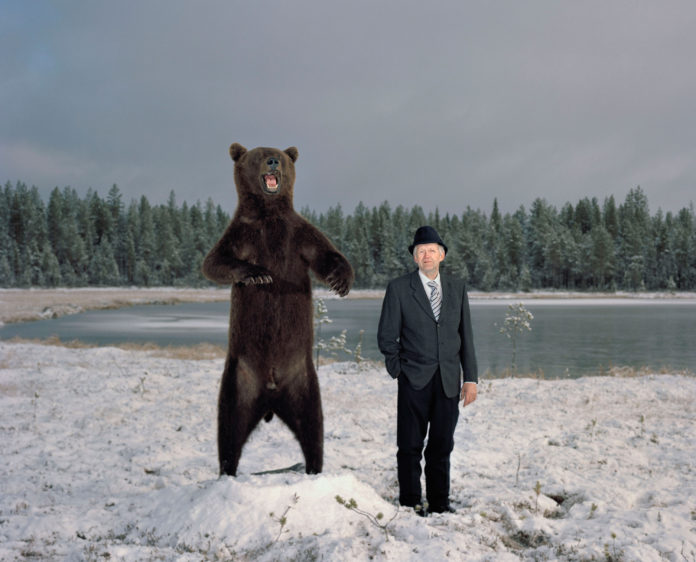 An article published last week by National Geographic shines a light on a photography series with a dark theme; hunters posing with their taxidermy prey.

The collection of more than 80 photos, titled Subjective Trophies, are by French photographer Pierre Abensur, who claims in the piece that the purpose of his series is “not to glorify or condemn the hunt,” but to pay “homage to the ceremony distanced from the violence of the act, so without rifles, blood, and hunting dresses.” Really? 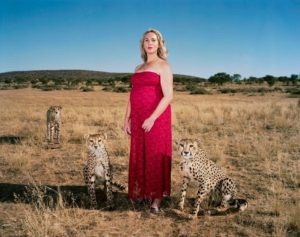 While most photos of hunters show them bearing weapons while proudly posing over their kill, Abensur’s, highly-controversial, portraits disturbingly depict formally dressed hunters placed boastfully beside their taxidermy trophies in the same spot where they took the dead animals life. So incredibly disturbing. 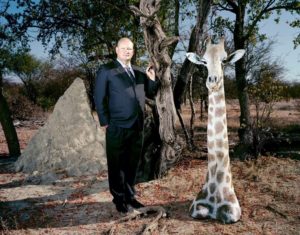 As the article points out, “depending on your opinion of sport hunting, these photos may evoke dismay and discomfort at the seemingly callous pride of the hunter and deadened eyes of the prey.

WAN feels the former, with a large dose of disgust. This is not “Art” it’s sick! 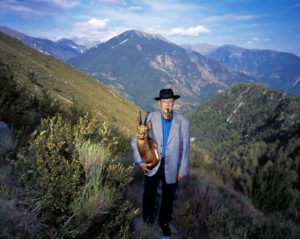 Sadly, sport hunting remains popular with many Americans, as was evident at the recent Safari Club International Convention And Auction in Las Vegas where hunters ponied up hundreds of thousands of dollars for the opportunity to kill wildlife. 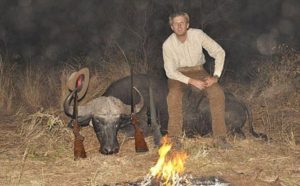 While extremely disturbing, the photographs do, though indirectly, raise questions about hunting in modern society, where it is no longer a means of survival.

Nevertheless, per the article, Abensur relayed that the subjects of his photos were local hunters throughout the world who, for the most part, did eat the meat of their prey. He also noted that not all at the animals were killed for trophies such as a case in Namibia where a nuisance lion was killed because it was attacking cattle. We believe there is really no excuse to take an animal’s life.

This is not the case with the majority at the 25,000 people who attended SCI’s 45th Annual Trophy Hunting Convention And Auction this past February. Millions of dollars were reportedly raised by American trophy hunters who bid to secure their spot on one of 60 hunts to South Africa in which an estimated 280 wild animals will be killed. 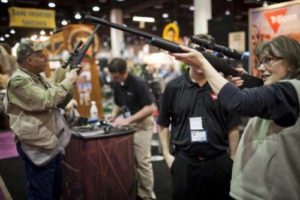 The right to unnecessarily shoot nearly 1000 other animals is estimated to have raked in more than an additional 5 million dollars.

The money is earmarked to support the lobbying of the United States government to lessen restrictions on trophy hunting.

We must fight hard to lobby to protect these magnificent animals before it’s too late. They’re depending on us for the survival of their species. 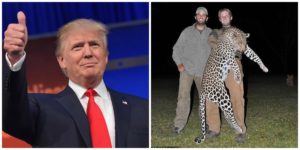 Yesterday, Michigan became the largest egg-producing state in the nation to pass legislation requiring that laying hens must be cage-free by 2024. Signed into law...
Read more
News

Farm Sanctuary In a dramatic demonstration against factory farming, 40 people are spending 40 hours confined in a cage as part of a social experiment to...
Read more
News

Advocating for the welfare of animals has its highs and lows. It's a roller coaster of emotions; all of which were felt this weekend...
Read more
Load more