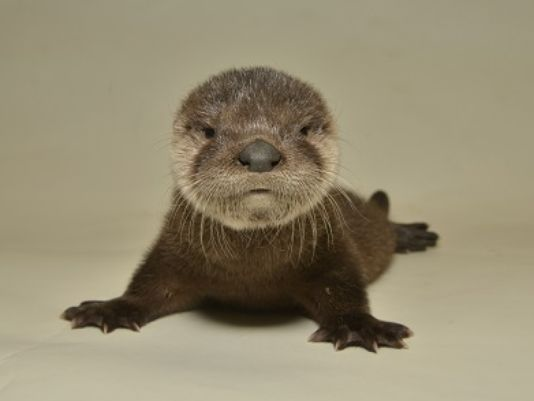 It was definitely not just an-otter day for three utility workers who responded to the cries of an animal in need while working near an Arizona Canal last month.

According to the Salt River Project, its employees, Craig Boggs, Dave Massie and Joshua Shill, decided to help when they noticed a tiny otter struggling to escape a drying canal.

“He was calling for his momma, we assumed,” Boggs told KPNX-TV. “It would go back under water and fight and come back up. He was about to give up. He was pretty exhausted.”

Once the workers were able to remove the otter from immediate danger, they contacted the Arizona Game and Fish Department which transported the animal to its Wildlife Center in Phoenix, where a vet determined the abandoned animal was “dehydrated, hungry and infested with fleas that made it anemic.” 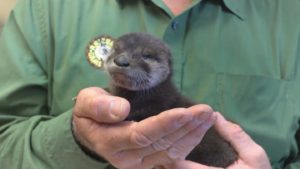 A spokesperson for the wildlife department, Nathan Gonzalez, said in a press release that while they did not know for sure, “it’s likely that as the canal started to draw down, mom abandoned the canal, and the baby was too young to follow.”

Gonzales confirmed that an otter family was known to live nearby.

After tending to the animal and nursing it back to health, the department, which noted in the release that it needs up to $5000 dollars to help a sick animal become healthy again, turned the otter over to the Out of Africa Wildlife Park in Camp Verde. 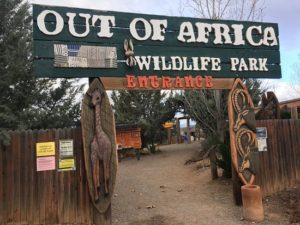 According to Gonzalez, “wildlife experts at the wildlife center routinely rehabilitate and save some of the state’s 800-plus native wildlife species.”

In addition to the otter, officials reportedly had saved a fawn and a bobcat, all within a one month period.

Once found throughout the region in the Salt, Verde, Little Colorado, and Gila river systems, until early settlers moved in leading to their demise, otters were reintroduced into the Verde River in the early 1980s.

People wanting to donate to help the animals at the department’s wildlife center are encouraged to text CRITTER to 41444 or click here.

Today is an important Day of Action For American Circus Animals, raising awareness for those that have endured a life of captivity for entertainment...
Read more
News

Nosey The Elephant Finally Rescued From Years Of Enslavement

Photo Credit: Peta WAN and Peace 4 Animals are thrilled to report that Nosey the elephant who was held captive for most of her life...
Read more
News

Caught On Tape: New Population Of Dryas Monkeys Discovered In The Congo; Previously Thought To Be Nearing Extinction

In what may be the longest game of hide and seek in history, researchers from Florida Atlantic University have captured extraordinary video of a...
Read more
Load more