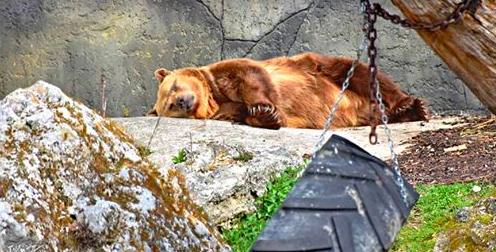 Baloo The Bear Killed By Zookeepers After Escape Attempt

On July 21st, zookeepers at the Bojnice Zoo in Slovakia shot and killed a brown bear named Baloo after he escaped his enclosure.

Initially, the zookeepers had originally attempted to use a tranquilizer gun, but it did not work.
According to the zoo, the bear had shown signs of aggression since he was relocated from the Czech Republic, and there was concern that he would be a security hazard even if he was caught.

Andrea Klasova, a spokesperson for the zoo: “A vet first used a tranquilizer gun, but without success. As a result, we had to kill the animal — in the name of security for everyone.” 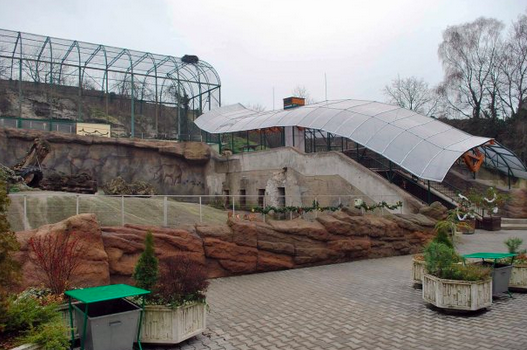 The incident, as expected, has spark outrage on social media. One Facebook comment expressed grief and anger: “If you were unable to handle the bear, it would be appropriate to find him another zoo. And not to kill him.”

Another called the incident “shameful”.

The zoo wrote in a statement on Facebook that it was ‘very sorry about what happened’ and concluded that it would work on preventative measures in the future.

Captivity is never a safe zone for wild animals, regardless of the measures taken to protect animals and visitors. We must continue to be their voice until every cage is empty.

Zoos are archaic, and although some forms of captivity are essential for the purpose of conservation, we must fight those that are used to gain profit and encourage conservationists to place more focus on sanctuaries rather than zoos.

As the world learned after the loss of Harambe the gorilla, zoos endanger both animals and humans. We must place focus on protecting our endangered species that are in the wild, and fight against human encroachment, both in the wild and in locations where animals are used as entertainment.

Let’s work together to spread awareness about the dangers of captivity and we can empty the tanks and cages to bring our animal species a better life as we remember that they were born free.

Breaking! Del Taco Introduces New Beyond Burritos Throughout The U.S.; 7 Day Buy One Get One Free Offer In Participating Restaurants Begins Today!

Del Taco's Beyond 8 Layer Burrito and Epic Beyond Cali Burrito Del Taco (NASDAQ: TACO) announced this morning that after one of the most successful product launches...
Read more
News