The Beloved Puffin Is Now Classified As Globally Endangered

One of Britain’s most treasured birds, the puffin, has been classified as globally endangered.

After suffering a severe decline in population in recent years, experts revealed the disheartening news earlier today, as per an article in the Express.

The Royal Society for the Protection of Birds (RSPB) describes the beloved puffin, with its distinctive black, white, and bright coloring, as being “comical” when enhanced by its red and black eye-markings and orange legs. 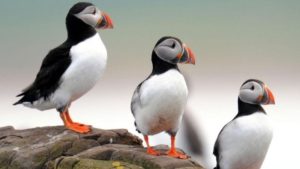 Used as a symbol for books and other items, this beauty among seabirds is one of the world’s favorite birds.

According to the Telegraph, these members of the Auk family are also known as ‘sea parrots’ or ‘clowns of the sea’. 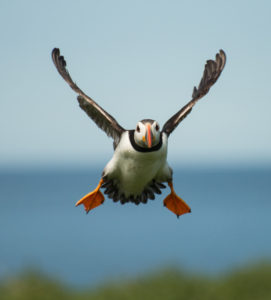 The prime-time to spot puffins in mainland Britain, per the Telegraph is now, between March and July. It also singles out the RSPB reserve Bempton Cliffs, near Bridlington in Yorkshire, as one of the best locations to watch puffins.

With its new ranking, the puffin has now joined a group of eight British species that have been classed as globally endangered. Sadly, other members include such rare birds as the Turtle Dove, Pochard Duck, Nightingale and the Curlew.

“While some declines may be due to climate change, other pressures affecting birds are probably linked to land use changes, habitat degradation, and predation,” said Andy Douse, Scottish Natural Heritage (SNH) senior ornithologist.

You Can Help Save The Puffin By Supporting, Audubon Project Puffin: http://projectpuffin.audubon.org

Forty-five dogs have been rescued from a suspected dog fighting operation in Bendena, Kansas. The rescue came after the Kansas Bureau of Investigation (KBI) issued a...
Read more
Industry News

In an unfathomable move late last week, the government of Botswana, which is home to an estimated 135,000 elephants, the largest elephant population on the continent, confirmed that...
Read more
News

Breaking! South Korea’s Last Remaining Polar Bear, Tongki, Will Live The Rest Of His Life In Peace At Yorkshire Wildlife Park In The UK

Photos from Yorkshire Wildlife Park WAN is thrilled to share that the only living polar bear in South Korea is being relocated later this year...
Read more
Load more