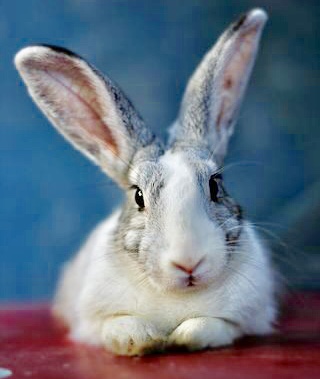 Senate Bill 1249, the California Cruelty-Free Cosmetics Act, has been amended to allow an exemption for international testing requirements to continue beyond 2023, bringing the bill’s former opposition and proponents together. As amended, SB 1249 makes important gains for animal welfare and scientific standards while keeping existing products that have already been tested and proven safe for human use on California’s shelves.

The Personal Care Products Council and labor groups, formerly in opposition to the bill, have moved to support the new version, a change which unites both sides and should easily propel the bill through the Legislature.

SB 1249, authored by Senator Cathleen Galgiani and principal co-authored by Assemblymember Ash Kalra, would outlaw the sale of cosmetics in California that have been tested on animals or contain ingredients that have been tested on animals after 2020. Certain exemptions are provided for in the legislation, including for animal tests either required by a regulatory authority in another country, or conducted on ingredients for noncosmetic purposes, which are sometimes required by regulatory authorities here in the United States, such as the Environmental Protection Agency.

While the original bill would have sunset the exemption for testing conducted to meet international regulatory requirements, this proved to be a significant sticking point. The Physicians Committee for Responsible Medicine, a co-sponsor of the legislation along with Social Compassion in Legislation, and other groups plan to redouble training and scientific development efforts to increase the acceptance of nonanimal methods by foreign regulators.

“I am proud to have worked with both sponsors of the bill and cosmetic companies to craft a bill that saves animals lives,” Senator Galgiani stated. “Using animals to substantiate the safety of cosmetics is not necessary, as California and many other jurisdictions have already banned the practice where alternatives exist. SB 1249 extends that ban on products that are tested on animals outside of our borders. With support from all major stakeholders, we are ready to take SB 1249 across the finish line.”

“I’m honored to have the opportunity to present SB 1249 on the Assembly floor, which would put a ban on animal testing in cosmetics, in favor of more ethical approaches to chemical testing. This compromise reflects how business interests and consumer protection can go hand in hand and I commend animal rights activists and the cosmetic industry alike, as we move forward on this important legislation to protect animals and adopt cruelty-free cosmetics,” stated SB 1249 principal co-author Assemblymember Ash Kalra.

“We are still supporting this version of the bill because it will save animals’ lives,” said Judie Mancuso, founder and president of Social Compassion in Legislation, who is spearheading the effort. “We have addressed the opposition’s concerns and are hopeful Governor Brown will sign this new draft into law.”

Previous articleBreaking! SanParks Employee Arrested For Alleged Involvement In Rhino Poaching; 3 Other Suspects Remain At Large
Next articleBaby Loris Saved From Being Sold Illegally At A Pet Shop In Lebanon; Animals Lebanon Came To The Rescue

Three-time Olympian Kendrick Farris shares a strong message about adopting a plant-based diet in the new Switch4Good campaign. Following its debut during closing ceremonies of the 2018...
Read more
News

WAN is thrilled to share some much-needed positive news regarding the world’s most trafficked animal! According to the Borneo Post, the Sandakan Wildlife Department came...
Read more
News

(Main Image Not Of Actual Dog, Too Graphic) In yet another heartbreaking case of unwarranted animal abuse that turned fatal, an “ailing” pit bull was...
Read more
Load more