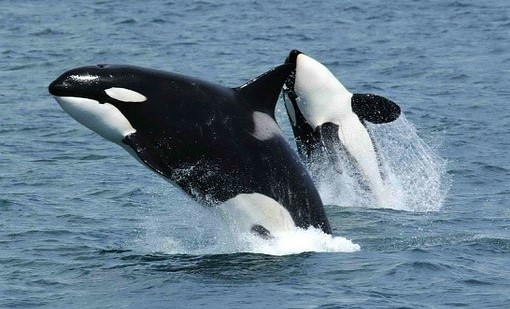 The Center for Biological Diversity sued the Trump administration yesterday for failing to protect the West Coast ocean habitat of the last remaining Southern Resident killer whales. The critically endangered species is down to just 75 orcas, the lowest number in more than 30 years.

According to a statement, The National Marine Fisheries Service failed to act on the Center’s 2014 petition calling for an expansion of habitat protections off Washington, Oregon, and California that could help Southern Resident killer whales. Sadly, they are starving for lack of salmon as well as being hurt by boat traffic and water pollution.

“Time is running out fast for these magnificent, intelligent orcas,” said Catherine Kilduff, an attorney with the Center. “It’s heartbreaking to watch them starving to death and mourning their dead calves. Every day that Trump’s people delay action is a step toward extinction for these whales.”

In 2015, the Fisheries Service decided that expanded habitat protections were needed to safeguard key West Coast foraging and migration areas, but the Trump administration has failed to implement protections, despite broad public support for them.

While spending their summers in Puget Sound and the Salish Sea (areas protected as critical habitat in 2006), these killer whales travel extensively along the West Coast during the winter and early spring, congregating near coastal rivers to rest and feed on migrating salmon.

The Endangered Species Act prohibits federal agencies from authorizing activities that will destroy or harm a listed species’ critical habitat. Animals with federally protected critical habitat are more than twice as likely to be recovering as species without it, a Center study found.

“Federal law requires protection of endangered species’ habitat. Our basic humanity should lead us to help prevent these beloved orcas from dying out right in front of our eyes,” Kilduff said. “So, now we’re turning to the courts to compel the Trump administration to do the right thing.”

Previous articleExtraordinary Young Heroes, Peter & Gerry Cedras, Walk Miles To Save Beloved Dog’s Life In South Africa
Next articleLos Angeles May Become The 4th City In California To Ban The Sale Of Fur!

WAN & Khaled Alwaleed are offering a 10k REWARD for the Arrest & Conviction of these four, sick, subhumans, who dragged a shark behind...
Read more
News

Falcons Have Passports To Fly In Airplanes In The Middle East; Where They Are Flying May Ruffle Your Feathers

When renowned American aviator and environmental activist, Charles Lindbergh said “I realized that If I had to choose, I would rather have birds than...
Read more
Breaking News