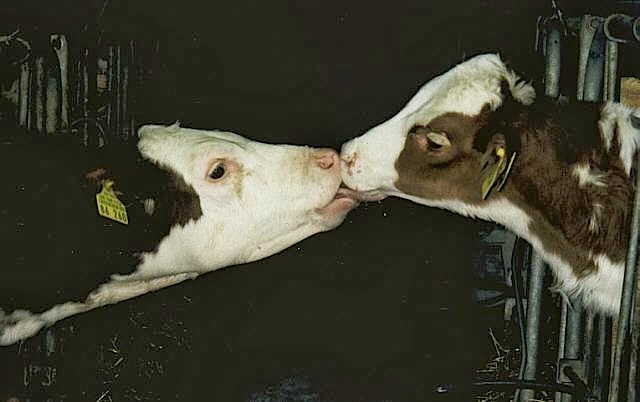 The French national assembly passed a bill for mandatory cameras in slaughterhouses today. The controversial measure, to be implemented in 2018, follows a remarkable intensification of public outcry after a series of shocking undercover investigations were released to the French media by local animal rights organization L214. The vote to monitor slaughterhouse practices and workers for animal cruelty, safety and hygiene violations passed 28 to 4 (opponents of the bill were from the right and center political parties).

Before it is brought to the senate in March to be passed into law, the measure will be implemented first (by July 2017) through “experimentation,” in 263 slaughterhouses, placing cameras in all areas where animals are “moved, held, immobilized, stunned and killed.”

Stakeholders, including animal protection professionals, slaughterhouse management and government officials will have access to the footage to determine how to craft the final legislation.

The French government, subtly bending to pressure from powerful animal agriculture lobby groups, wants the “initial opportunity to evaluate the current conditions” ahead of passing a final legislation brought forth by socialist Olivier Falorni, titled “respect for the animal in slaughterhouses law.” During the session earlier today, Minister of Agriculture Stephane LeFoll, invoked the “farmers’ crisis” and “respect for slaughterhouse workers” in order to assuage the growing anger of agricultural workers — men who have indulged in media-hungry stunts by dumping truckloads of manure in front of ministries, blocking traffic with trucks, burning tires and hanging pigs from highway overpasses. The agriculture unions are pushing for further government relief for “Made in France” meat and dairy products while they battle waning meat sales, low milk and meat prices and push for higher wages, higher prices and an end to “unfair” competition with other countries. Animal rights, environmental and progressive healthcare advocates want an end to meat and dairy government subsidies and want public money to be spent promoting the production of sustainable, healthy, plant based food.

The new law includes an independent commission, a national slaughterhouse ethics committee and comes loaded with stiff penalties for animal cruelty violations — 6 to 12 months of prison and fines from 7500 to 20,000 Euros ($8000 to $21,000).

L214 has gained legitimacy in France by conducting risky undercover investigations to expose just how wide-spread and routine shocking incidents of cruelty to animals are. The organization has exposed footage of animals being tormented, brutalized and butchered by callous workers while still alive.

Several weeks ago, a dozen activists from 269Life Liberation Animale were arrested after breaking into a slaughterhouse to “witness the killing” and to stop the production line. They stood their ground on the killing floor for several hours, cameras rolling, before they were removed by police.

Animal rights protests are attracting increasingly large crowds in Paris, Nice and Lyon, helping make France one of the leading countries where animal protection is considered an important social justice cause linked to environmental efforts to limit climate change.

Previous articleDog Rescued From Near Death By Animal Aid
Next articleHistoric News! Ringling Bros. Circus Will Close After 146 Years!

The Independent, Reddit  The Government of Mexico, the Leonardo DiCaprio Foundation, and the Carlos Slim Foundation entered into an agreement to support efforts to save the critically...
Read more
News

People considering eliminating meat from their diet will most likely decide to do so following the release of horrific new photos and video footage...
Read more
News

Breaking! ARM Investigation Uncovers Abuse Of Battery Hens At The Largest Supplier Of Eggs In The United States, Cal-Maine