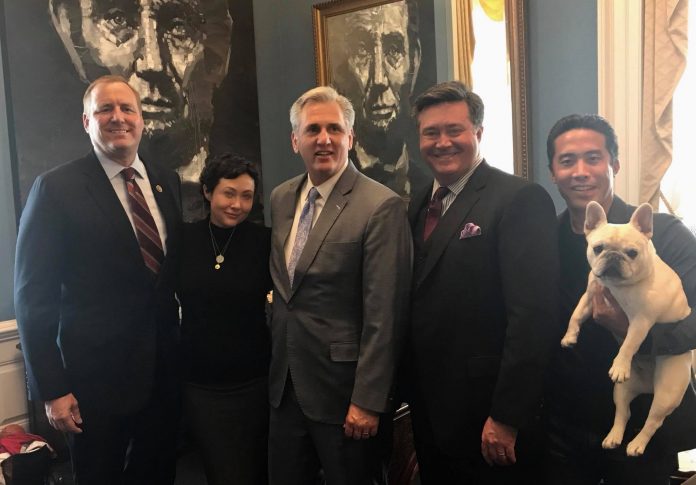 Yesterday, the United States Senate overwhelmingly passed its version of the farm bill by a vote of 86-11.

An amendment sponsored by Senator Kirsten Gillibrand (D-NY), and co-sponsored by Senator Patrick Toomey (R-PN) and Senator Marco Rubio (R-FL) was introduced – banning the slaughter, transportation, and consumption of Dog and Cat meat in the United States.

Animal Hope and Wellness Foundation (AHWF), the sponsor of the originating language, introduced by Congressman Alcee Hastings (D-FL) and Vern Buchanan (R-FL) as HR 1406, has been actively lobbying members of the House of Representatives and the Senate to include the language of the bill, which had 254 bi-partisan co-sponsors into each chambers farm bills. The House passed its version on June 21st.

“This is a tremendous step in banning this horrific practice. I am overjoyed that we now have the language of HR 1406 in the House and Senate farm bills,” AHWF founder Marc Ching said in a statement. “I am personally grateful, along with millions of others that have been working so hard to ban the dog meat trade, to Senators Gillibrand, Toomey and Rubio for offering this amendment and to Senate Agriculture Committee chairman Pat Roberts and ranking member Stabenow for their support.”

The two versions of the farm bill will move into a conference committee where members of both houses will work to finalize a single bill. The inclusion of the dog and cat meat ban in both versions significantly increases its chances of becoming law. A final bill is expected to be voted on in September.

“To the activists and individuals who called, wrote emails, and walked the halls in D.C., the World Dog Alliance for their expertise and aid, and to all those that support and help the foundation every day, we are one step closer to change.”

AHWF also expressed gratitude to both Sean Doherty, a lobbyist who worked diligently to have HR 1406 included into both the House and Senate versions of the farm bill as well as to Shannen Doherty, the lead on the organization’s legislative counsel.

A man who allegedly illegally hunted and killed a leopard in South Africa before trying to import its parts into the United States is...
Read more
News

Breaking! 57 Wild Horses That Were Rounded Up By The BLM Have Died At A Colorado Holding Facility; Take Action To Stop This!