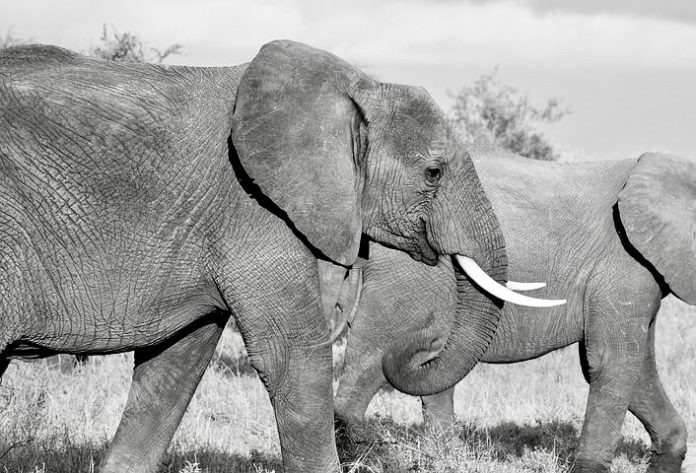 Breaking! HSUS & HSI Release Findings Of An Undercover Investigation Into A Lucrative Ivory Trade In D.C.

Today, the Humane Society of the United States and Humane Society International released findings of an undercover investigation revealing a lucrative ivory trade in the nation’s capital, where ivory dealers take advantage of a lack of local laws banning the sale of ivory. Legislation has been introduced in the Council of the District of Columbia that would prohibit sales of certain ivory products, as well as those made from rhino horn within the District.

From April to July 2019, investigators found ivory products for sale at L’Enfant Gallery, Capital Antiques, Frank Milwee Antiques, Mercedes Bien Vintage and by two vendors at the Georgetown Flea Market. Most of the ivory sellers were unable to produce documentation verifying the age or origin of the ivory when asked by the investigator. Without documentation, it is impossible to know whether items were imported in violation of federal law, which prohibits imports or interstate sales of ivory from recently killed elephants. Under federal law, sellers are responsible for demonstrating through documentation that items were lawfully imported.

An investigator observed that L’Enfant Gallery displayed the most elaborate and expensive ivory pieces the investigator had seen in years of investigating ivory sales across the United States.

“The trade in ivory contributes to a devastating decline in elephant populations. It is distressing that ivory sales are occurring right here in my hometown of Washington, D.C., where our federal government has unequivocally condemned the international trade in ivory from recently poached elephants,” said Kitty Block, President and CEO of the Humane Society of the United States and President of Humane Society International in a statement, “The Council of the District of Columbia must act to pass legislation that will protect imperiled elephants and rhinos by removing the financial incentives to kill them and trade in their parts. Washington D.C. should no longer condone a trade that decimates Earth’s iconic species.”

“I have introduced the Elephant Ivory and Rhinoceros Horn Trafficking Prohibition Act on three separate occasions. Perhaps if an earlier iteration of this legislation had passed back in 2015 when it was first introduced, the ivory market would not have moved to the District of Columbia at all,” said Councilmember Mary M. Cheh. “Nevertheless, we must not sit passively while the ivory market thrives in the District. Limiting the demand for ivory and horns is key to stopping the unnecessary and inhumane slaughter of these animals —and we cannot wait.”

Previous articleBreaking! ARM Exposes Rampant Animal Cruelty At “Organic” Natural Pride Dairy; The Third Installment Of The Largest Dairy Investigation Of All Time Into Fairlife Dairy
Next articleBella Lack On Meeting The Last Malaysian Sumatran Rhino On Earth & Ways To Save The Last Sumatran Rhinos From Extinction

Never Give Up Hope; Lost Dog Reunited With Family After He Was Missing For 8 Years

Last week, a small dog was pierced with two arrows, one in its shoulder and one in its neck, by a dog meat hunter...
Read more
Load more