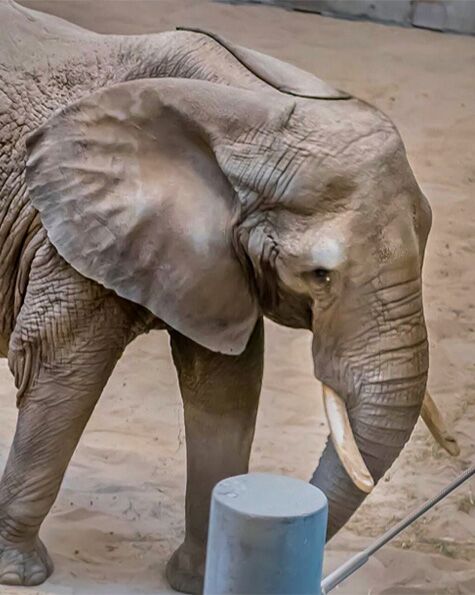 Breaking! In Defense Of Animals’ List Of The 10 Worst Zoos For Elephants In North America

Captive elephants continue to be neglected by zoos in the United States, and their suffering is noted by In Defense of Animals (IDA) on their annual list of the “10 Worst Zoos For Elephants in North America,” now in its 15th year.

The 2018 list reveals outdated, failing, and cruel practices, that are harming and killing elephants in U.S. zoos.

According to IDA, the Bronx Zoo in New York is shamed as the #1 Worst Zoo for keeping two elephants in solitary confinement and failing on its promise to shut down its exhibit following the death of an elephant in November. 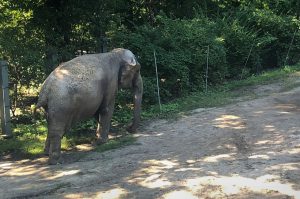 For over a decade, Happy the elephant has lived forced isolation in a cold, cramped and utterly outdated enclosure at the Bronx Zoo. Photo from In Defense of Animals

“Elephants are not thriving in constricted zoo exhibits, no matter how fresh the paint or the addition of an acre or two,” In Defense of Animals President, Marilyn Kroplick M.D. said in a statement emailed to WAN this morning. “So-called ‘modern’ zoos continue to use and abuse elephants as property in their relentless pursuit of profits, and the animals always pay the price.”

Making the situation even more dire, elephant deaths continue to outpace births due to captivity-caused conditions like obesity, arthritis, and foot disease. Still, zoos are spending millions of dollars on renovating or building new exhibits, even though there aren’t enough elephants to fill them.

Despite changing public opinion and rising concern for the care of captive wild animals, zoos continue the same harmful practices for elephants: Earth’s largest land mammals continue to be captured in the wild and confined in tiny zoo exhibits that cause them to suffer and die prematurely, the use of cruel bullhooks to control elephants through fear and pain is still allowed, and important social bonds are severed when elephants are swapped between zoos like trading cards. 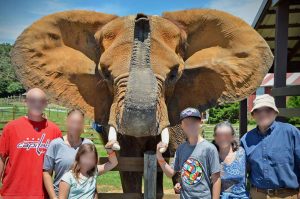 Sadly, many zoos also continue to use elephants to attract people, some even forcing elephants to perform circus-style tricks under the guise of so-called “entertainment” or “education.” 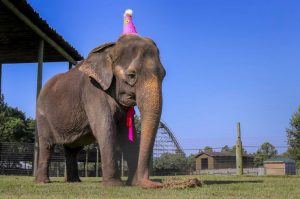 Shirley was passed from circus to circus for 46 years, ending up at the Wild Adventures Theme Park where she lives solitary confinement. Photo from Wild Adventures

“Elephants are quickly disappearing from the planet and the captive animal industry is more than willing to deplete wild herds instead of supporting them. Captivity is not conservation and never will be,” the organization states on its website. “It’s time for zoos to stop keeping elephants captive to suffer and die, and instead focus on true conservation, which is protecting elephants where they live, in the wild.”

Many zoos in the U.S. have shut down their elephant exhibits or plan to phase them out in the future. WAN and Peace 4 Animals join In Defense of Animals in calling for all zoos around the world to do the same.

Breaking! Despite Promises To Fight Climate Change, The Biden Administration Will Not Be Shutting Down The Dakota Access Pipeline

Yesterday, Sea & Shoreline, one of the foremost aquatic restoration authorities in Florida, announced the completion of a seagrass rehabilitation project in partnership with...
Read more
Breaking News

The image of five innocent tiger cubs that were found dead in the trunk of a car by Vietnamese police Tuesday afternoon, is as...
Read more
Industry News

Today, in a landmark moment for ducks, the Supreme Court of the United States denied the foie gras industry’s petition attacking the constitutionality of California’s...
Read more
Load more