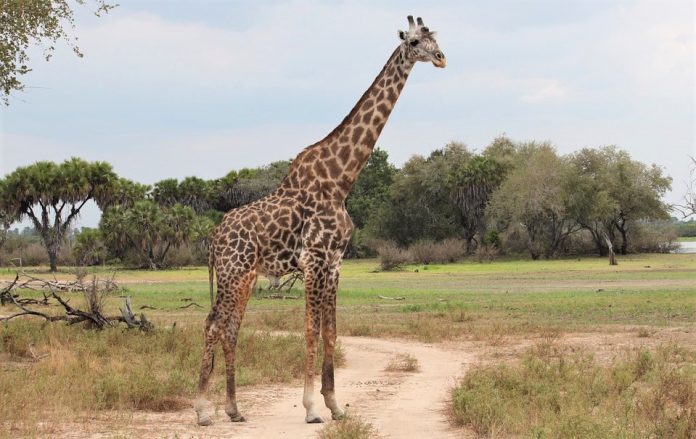 After a push from a lawsuit filed by conservation groups, the U.S. Fish and Wildlife Service announced today that giraffes may qualify for protection under America’s Endangered Species Act.

The 2018 lawsuit, brought by the Center for Biological Diversity, Humane Society International, Humane Society of the United States, and the Natural Resources Defense Council, seeks a response to their April 2017 legal petition for Endangered Species Act protection for giraffes. The species is gravely imperiled by habitat loss and fragmentation, civil unrest and over hunting, as well as the international trade of bone carvings, skins, and trophies.

As per the lawsuit, the United States provides a large market for giraffe parts with more than 21,400 bone carvings, 3,000 skin pieces, and 3,700 hunting trophies having been imported over the past decade. Limiting U.S. import and trade would give giraffes important protections, and an ESA listing would also help provide critical funding for conservation work in Africa.

“The U.S. on average imports more than one giraffe trophy a day, and thousands of giraffe parts are sold domestically each year,” said Anna Frostic, attorney for the Humane Society of the United States and Humane Society International. “The federal government must now expeditiously take stock of the role we are playing in giraffe decline and how we can work to instead save these unique animals.”

Africa’s giraffe population has plunged nearly 40% in the past 30 years. It now stands at just over 97,000 individuals.

“This is a big step toward protecting giraffes from the growing use of their bones by U.S. gun and knife makers,” Tanya Sanerib, international legal director at the Center for Biological Diversity, said in statement. “It’s disgusting that it took a lawsuit to prompt the Trump administration to act. Saving everyone’s favorite long-necked animal from extinction should have been the easiest call in the world.”

With fewer giraffes than elephants left in Africa, the International Union for the Conservation of Nature elevated the threat level to giraffes from “least concern” to “vulnerable” on its “Red List of Threatened Species” in 2016. That finding was confirmed in 2018 along with a critically endangered assessment of two giraffe subspecies and an endangered assessment for another.

“The United States has long been complicit in the trade of giraffe parts, so it’s time for the federal government to stick its neck out for this species,” said Elly Pepper with NRDC. “The United States has taken action to help limit the trade of numerous species in trouble. Sadly, now it is time to take action to ensure giraffes remain on the planet. They need Endangered Species Act protections and they need them now.”

Known for their six-foot-long necks, distinctive patterning and long eyelashes, giraffes have captured the human imagination for centuries. New research recently revealed that they live in complex societies, much like elephants, and have unique physiological traits, including the highest blood pressure of any land mammal.

The Fish and Wildlife Service has 12 months to decide whether Endangered Species Act listing is warranted.

On Tuesday, the New Jersey Division of the Fish and Game Council reinstated its controversial black bear trophy hunt. Unfathomably, it will begin this...
Read more

The UN Has Dedicated This Year To Saving Big Cats; Predators Under Threat

World Wildlife Day should be our focus every day, celebrating and protecting our earth’s diverse, unique, majestic, and vital species, along with many of...
Read more
News

Urgent Signatures Needed To Stop Alleged Animal Abuser From Opening A Pet Store In Virginia, Or Anywhere Else In The U.S.

A pet service company based in Loudoun County, Virginia, called Woofie’s is stepping up their call to action from concerned citizens who want to prevent...
Read more
Load more