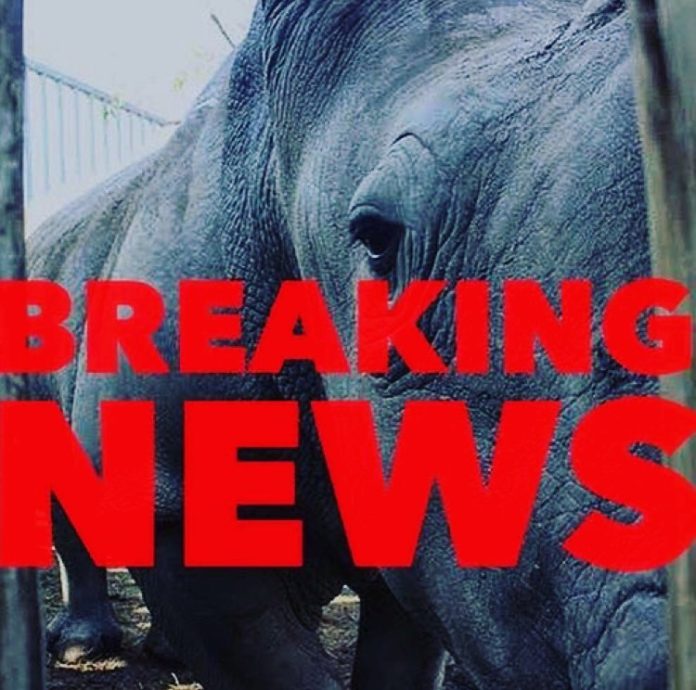 JOHANNESBURG (Reuters) – South Africa’s top court has dismissed an appeal by the department of environmental affairs to keep a moratorium on the domestic trade in rhino horn, according to court documents seen by Reuters on Wednesday. Pelham Jones, chairman of South Africa’s Private Rhino Owners Association which was one of the respondents in the case, told Reuters this meant that the sale of rhino horns was legal in South Africa. A global ban in the horn trade, which is regulated by a U.N. convention, remains in place.

Previous articleFirefighters Rescue Kitten From Storm Drain in Miami
Next articleHuman or Calf? The Dairy Industry Exposed For The Animals & Our Health!

A Record $824 Million Has Been Invested In Alternative Protein Companies In 2019; $930 Million Already Invested In The First Quarter Of 2020

New reports released today by the nonprofit The Good Food Institute (GFI) reveal that record investments have been made globally in 2019 and in the...
Read more
News

On Wednesday, a plan to delist gray wolves (Canis lupus) at the federal level passed in the U.S. House of Representatives in a 223-201 vote....
Read more
Load more