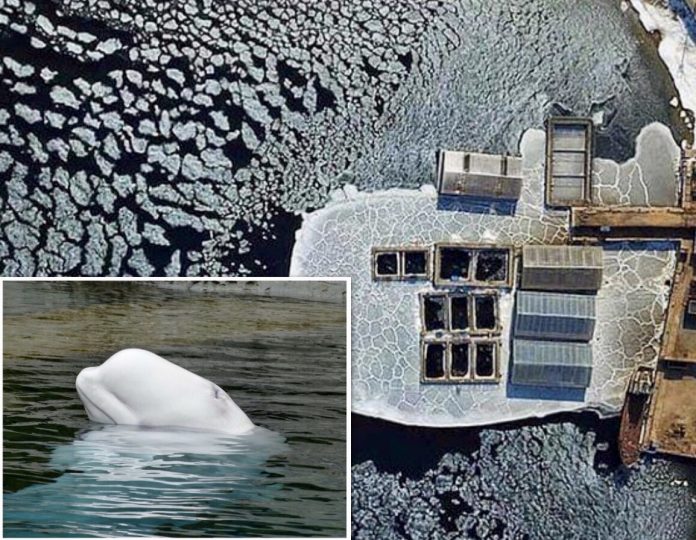 Governor Oleg N. Kozhemyako of Russia’s Primorsky Region, Jean-Michel Cousteau of Ocean Futures Society and Charles Vinick of The Whale Sanctuary Project signed an agreement today to release nearly 100 whales that have been held captive in the Srednyaya Bay near the port town of Nakhodka in Russia’s Far East. 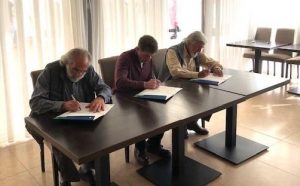 The illegally captured whales are believed to have been taken from Sea of Okhotsk in 2018.

“This basic agreement is the essential first step that opens the door to all of us collectively working out the details for each of the individual orcas and beluga whales who are being held captive,” notes a post on the Ocean Futures Society Facebook page.

As per the agreement, the “goal is to release the cetaceans back into their natural environment.” 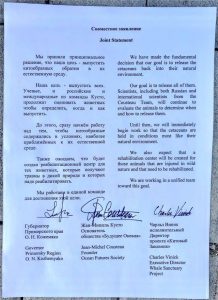 The announcement was made following a press conference with Russian Minister of Natural Resources and Environment Dmitri Kobylkin that took place in Moscow on Thursday.

According to Kobylkin, the whales have not yet been released because it is winter.

“If we had released the animals at this period, they all would have died,” explained Kobylkin. “The summer is coming, and now we can, and have to, conduct this work.” 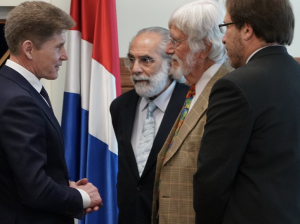 Both Russian and international marine wildlife experts from the Cousteau Team will continue to evaluate the animals to determine when and how to release them.

Cousteau, the son of marine conservation pioneer Jacque Cousteau, stated that it will be difficult, and readapting the whales into their natural environment may take years.

Until then, according to the Ocean Futures Society, the groups will immediately begin work so that the cetaceans are held in conditions most like their natural environment.

As per the organization, since the discovery of the sea pens, three of the Beluga Whales have gone missing and are presumed to be dead. Conflicting reports have been received regarding the health of the rest of the whales, however, it is believed that some are suffering seriously from wounds and loss of energy.

A rehabilitation center will reportedly also be created for those animals that are injured and need to be rehabilitated.

Following public outcry in February, Russian President Vladimir Putin ordered the Ministry for the Protection of the Environment and Natural Resources to work to resolve the issue and prevent further unnecessary suffering of the animals.

As reported by WAN last month, a letter signed by 34 prominent marine biologists and experts was delivered to Putin’s office, requesting that the Russian government allow a team of Russian and international experts to evaluate and treat the whales the were being held in appalling conditions in enclosures in Srednyaya Bay.

Senate Bill No. 313, the Circus Cruelty Prevention Act, unanimously passed the California State Senate yesterday by a vote of 34-0. Based on both animal welfare concerns and...
Read more
News

Eagle Scout Collects Cell Phones To Help Save The Rainforests

With little more than one week’s notice, Delta Air Lines has announced more restrictions that will negatively affect pet parents and their support or...
Read more
Load more