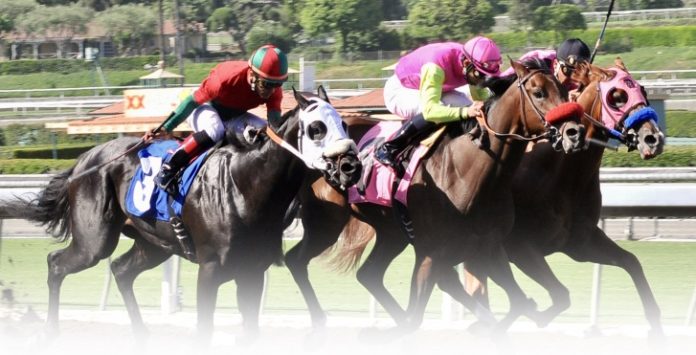 Breaking! Social Compassion In Legislation Is Working With CA Horse Racing Board To Reform Horse Racing In California

After the string of horse deaths at Santa Anita Park, Social Compassion in Legislation (SCIL) jumped into action with their partner Kathy Guillermo, Senior VP of PETA, whose investigators have traveled the world for years documenting the cruelty within the horse racing industry.

Since the beginning of the year there have been multiple meetings with the Governor’s staff, the California Horse Racing Board (CHRB), and Belinda Stronach, the owner of Santa Anita Race Track and her team to discuss the necessary changes to ensure zero fatalities.

HBO Real Sports with Bryant Gumbel just came out with a story exposing the American horse racing industry. Patrick Battuello, Founder and President of Horse Racing Wrongs, a group dedicated to ending horse racing in the United States and exposing the industry, was featured in the special.

Today, Mr. Battuello sent us these horrendous numbers and said, “Through our unprecedented FOIA reporting, Horseracing Wrongs has documented over 5,000 confirmed deaths on U.S. tracks since 2014, including names, dates and locations. We estimate that over 2,000 horses are killed racing or training across America every year. But that number tells only a part of the story. Each year, hundreds more die in their stalls from colic, laminitis, or they are simply found dead.”

Recently there was a Senate/Assembly Governmental Organization Joint Informational Hearing held on the deaths at Santa Anita.

“Animal lovers such as myself and our supporters want to know that all the horses that have died, have not died in vain. We need to change the culture of horse racing, and the time is now. No more delays, and no more excuses,” Judie Mancuso Founder and President of SCIL said during the hearing.

“Personally, I would love to see the track owners find another way to make money and maintain or grow jobs. Such as turning their venues into other money-making facilities, or into housing that is sorely needed in our state, or the many other opportunities that exist for them. Each of these potential transformations can create jobs, even the potential for many more jobs.”

“We would love to see animals used in entertainment go by the wayside. These animals cannot speak for themselves about when they are in pain, and not up for running around the track at unnatural speeds. They should not be treated as a disposable commodity to be abused, forsaken and thrown away.”

“However, if the time is not right, then we must raise our standards to be the highest in the world and not one more horse should die. There are preventative measures that can be taken to ensure this. California should not be behind Hong Kong and Dubai. We need not only to match their standards but exceed them.”

In Defense of Animals has joined forces with world-renowned animal advocate and comedian Ricky Gervais to educate shoppers about the true cost of fur and to...
Read more
Breaking News

In a report released yesterday, Oceana reveals data on marine mammals and sea turtles becoming entangled and swallowing plastic off the coast of the United...
Read more
Breaking News

The inadequate, haphazard oversight by the United States Department of Agriculture (USDA) of the treatment of chickens and turkeys at slaughterhouses has resulted in...
Read more

Previous articleBreaking! Landmark Bill To Ban The Sale Or Manufacture Of Animal Fur Products In California Advances To The State Senate
Next articleBreaking! Severely Entangled Seal Covered In 77 Pounds Of Trash & Nets Is A Grim Reminder Of Why We Must Help Clean Up Marine Plastic Pollution Worldwide

WAN’s South African Correspondent; The Current 6th Mass Extinction, Do We Have Only 100 Years Left?

Imagine a life without the possibility of ever seeing a wild animal, empty oceans with little or completely devoid of life? Seems an abysmal...
Read more
News

Rangers are telling visitors in Nyungwe Forest National Park in Rwanda, that there are essentially no more elephants to be seen in the National Park....
Read more
News

24 Monkeys Who Were Kept As Pets Are Returned To The Rainforest; Signatures Needed To Protect More!

Twenty-four monkeys who were stolen from their wild home to live as captive pets are now safe and back in their rainforest home in Indonesia. The group...
Read more
Load more