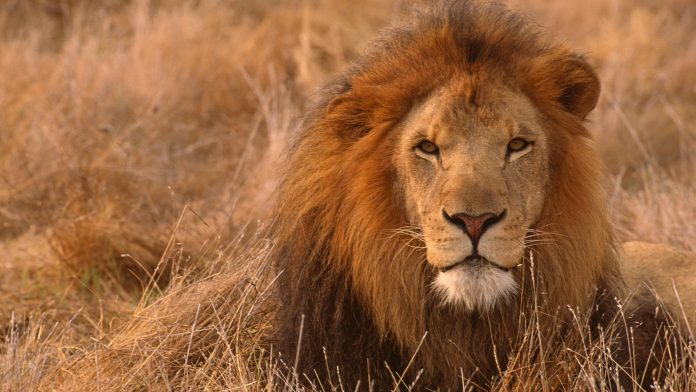 California Senate Bill 1487, the Iconic African Species Protection Act, passed the Senate Committee on Natural Resources and Water by a vote of seven to two yesterday.

SB 1487, authored by Senator Henry Stern and sponsored by animal advocacy group, Social Compassion in Legislation, is a bill that will ban the possession of any dead body part of an African elephant, African lion, leopard, black or white rhinoceros, giraffe, Jentink’s duiker, plains zebra, mountain zebra, hippopotamus, and striped hyena throughout the state. The exempts articles that are already possessed in the state at the time of enactment or if possessed by a bona fide education or scientific institution.

“Last month’s tragic loss of the world’s last male Northern White Rhino served as a wake-up call for people around the world that once the species is gone, it’s gone,” remarked Senator Stern. “We must fight with every tool at our disposal to prevent the hunting and poaching of dwindling wild animal populations and that means passing SB 1487 as soon as possible.”

“We are grateful for the Committee’s vote today,” stated Judie Mancuso, founder and president of Social Compassion in Legislation. “As the testimony today made clear, SB 1487 is a crucial step towards saving these magnificent animals from extinction. We are hopeful the members of Public Safety Committee will agree.”

Brendan Cummings, Conservation Director at the Center for Biological Diversity, stated, “This bill is not just symbolically important but one that will ultimately have meaningful impact on the ground, while helping ensure that Californians are no longer complicit in driving the extinction of some of the most imperiled and iconic species on the planet.”

“One of the primary reasons that these iconic African species are facing extinction is human sport hunting,” said Michael Harris, Friends of Animals’ Wildlife Law Program director. “Many of these hunts are purchased by Americans, and the trophies are imported into or through states like California due to weak federal regulation under the Trump administration. State-level legislation, like that being proposed here in California as well as New York, is now vital to any hope of long-term survival of these species.”

Also attending the hearing was Patty Shenker, animal advocate and constituent of Senator Stern. “What is happening to our wildlife around the world is a global tragedy.  I traveled to Sacramento today in support of SB 1487, and to support my Senator for carrying this thoughtful legislation. The Illegal wildlife pet trade is the third largest in the world, next to weapons and drugs, it needs to be treated as such,” stated Shenker.

Despite opponents claims to the contrary, trophy hunting does not promote conservation. Lions are perhaps the most compelling example of the harmful effects of trophy hunting, as the species has declined by over 40 percent in the past two decades, with trophy hunting identified as a major factor in the decline.

In this same time period, over 20 thousand African lion parts were traded, representing over 7,000 individual lions. The U.S. imported over half of these, primarily in the form of trophies. All the other species listed in the bill are in similar declines.

Illegal wildlife trafficking is a huge obstacle in the fight to save these species. “With the expanding illegal wildlife trade upwards of $23 billion dollars annually and recent allegations of widespread wildlife trafficking on Facebook and Instagram, SB 1487 is critical to address the exponential growth of this illicit trade that continues unabated,” stated Sam Jojola, former Deputy Resident Agent-in-Charge for U.S. Fish and Wildlife (USFWS) Office of Law Enforcement. “The illegal trade transcends the globe with a myriad of organized criminal syndicates exploiting a host of rare and endangered plants, mammals, reptiles, exotic birds, and/or their parts, including illegally logged hardwoods.  It also promotes widespread corruption, funds international terrorism networks and is a threat to our national security.”

While much of the testimony centered around the lack of evidence that trophy hunting contributes to the conservation of species in Africa, advocates for the bill reminded Committee members that the bill is also part of a bigger fight against the sixth great extinction currently underway across the entire planet.

“The earth is currently experiencing the sixth great extinction period due to human causes,” said Nickolaus Sackett, Director of Legislative Affairs for Social Compassion in Legislation. “We cannot afford half-measures any longer. It is time to take bold action and SB 1487 is just that. A bold action and statement by California to save our planet’s species.”

The bill is now scheduled to go to the Senate Committee on Public Safety next week on Tuesday, April 24th.

PLEASE MAKE PHONE CALLS THIS WEEK IN SUPPORT OF SB 1487 TO THE FOLLOWING SENATE MEMBERS BELOW:

Update! 1st Arrest Has Been Made In Tragic Death Of Pregnant Elephant In India Days After Eating A Pineapple Filled With Explosives; 2 More...

Russia Declares State Of Emergency After Power Plant Spills 20,000 Tons Of Fuel Into The Arctic River

Beyond Meat’s Plant-Based Beyond Burger Is Launching For A Limited Time At Select KFC, Pizza Hut & Taco Bell Locations Throughout China

Update! 1st Arrest Has Been Made In Tragic Death Of Pregnant...

Karen Lapizco - June 5, 2020
0
Kerala Forest Minister Adv. K. Raju announced today that a yet-to-be-named man in his forties has been arrested for his alleged involvement in the...
- Advertisement -

Update! 1st Arrest Has Been Made In Tragic Death Of Pregnant...

Beyond Meat’s Plant-Based Beyond Burger Is Launching For A Limited Time...