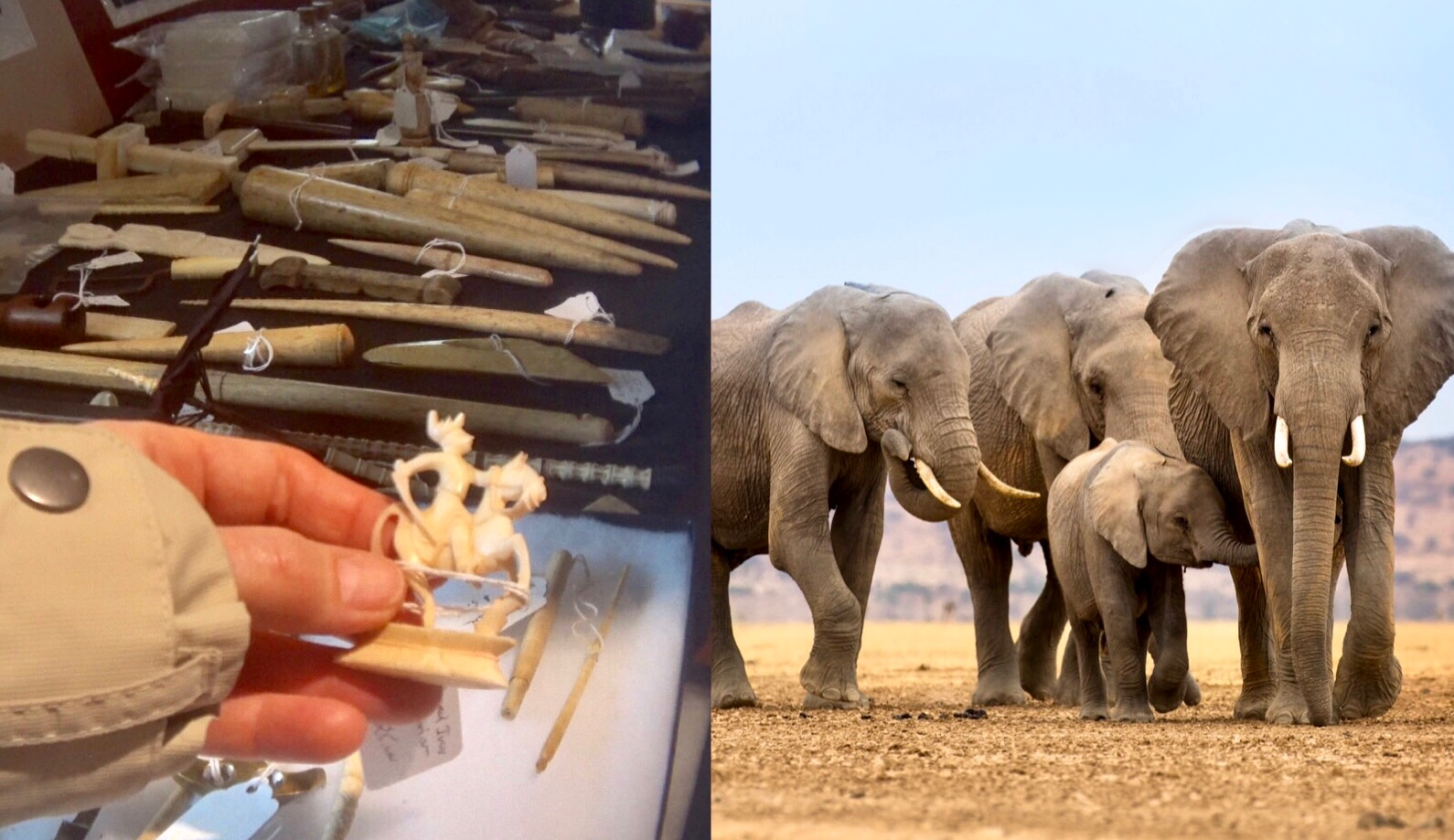 As Massachusetts legislators prepare to hear testimony today for a bill to prohibit the sale of ivory and rhino horn, results from an undercover investigation by the Humane Society of the United States (HSUS) and Humane Society International (HSI) highlight the unregulated ivory trade thriving in the state and the urgency for action to end this pernicious trade.

In May 2019, HSUS and HSI found elephant ivory items for sale by five vendors at the New Bedford Whaling Museum’s Annual Nautical Antiques Show, including sellers from Maine and Rhode Island. Among the items for sale: elephant ivory-handled canes, ivory dollhouse furniture, and large elephant ivory cannisters that the seller said he made himself out of “the straight part” of an elephant tusk.

The ivory sellers were unable to produce documentation verifying the age or origin of the ivory when asked by the investigator. Without documentation, it is impossible to know whether items were imported in violation of federal law, which prohibits imports or interstate sales of ivory from recently killed elephants. Under federal law, sellers are responsible for demonstrating through documentation that items were lawfully imported.

“The trade in ivory contributes greatly to a devastating decline in elephant populations. I am deeply saddened that ivory sales are occurring right here in my home state of Massachusetts, and that the New Bedford Whaling Museum would host an event where ivory is being sold at all—particularly without apparent authentication that is required by our federal government,” said Kitty Block, President and CEO of the Humane Society of the United States and CEO of Humane Society International in a statement. “The state of Massachusetts must ban the sale of ivory now and no longer condone a trade that adds to the destruction of one of our most iconic species.”

A 2015 report by the International Fund for Animal Welfare (IFAW) of the U.S. ivory market that surveyed Craigslist listings identified Boston as one of the top five markets among all locations surveyed (45 items identified over a five-day survey).

In May 2015, a business owner in Concord pleaded guilty to conspiring with a transnational wildlife trafficking ring and smuggling elephant ivory and rhino horn products from the U.S. to China, with the value of the shipped goods exceeding $700,000. The woman was also coaching an alleged co-conspirator on ways to ship items with minimal chances of detection by customs inspectors.

The Joint Committee on Environment, Natural Resources and Agriculture will hear testimony for S.496/H.772 on September 10th at 10 a.m. in the Massachusetts State House, Room A-2.

Previous article220 Dogs and 50 Cats Perish In Bahamas Animal Shelter Due To Severe Flooding From Hurricane Dorian; Donations Needed
Next articleSignatures Needed To Ensure Justice For Orangutan Shot 74 Times and The Attacker’s Punishment Is To Recite Prayers

Photos by Wildlife SOS This week, Wildlife SOS notified WAN about a dire situation regarding their recent elephant rescue. After receiving a call from the...
Read more
News

The Physicians Committee for Responsible Medicine filed a lawsuit against the State of California yesterday for failing to include cancer-causing processed meat, such as hot...
Read more
Load more