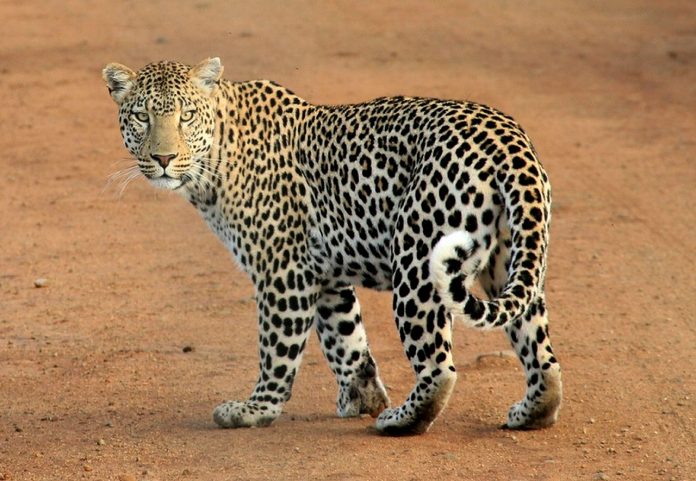 Two leopards found yesterday in the forests of Palampur in India’s northern state of Himachal Pradesh became the latest victims to fall prey to greedy poachers.

Sadly, according to the Tribune, more wild animals are expected lose their lives to poachers during the winter months as they migrate from snowbound areas of Dhauladhar Wildlife Sanctuary to lower hills.

The young leopards, protected under Schedule I of the Wildlife Protection Act, were found entangled in wire traps laid by yet-to-be-identified poachers.

Tragically, one died at the scene while the other, who was severely injured, passed away after being transferred to a local zoo for care.

Numerous wild animals such as wild boar, sambar and barking deer, are often injured or killed on lower land by poachers using both guns and “crude traps made from clutch wire of two-wheelers.”

Horrifically, the make-shift wire traps are cruelly designed so that once an animal is trapped in it, the more it struggles to free itself the tighter the hold becomes.

Officials at the wildlife department have reportedly responded that they are responsible for protecting the animals while they are in the wildlife sanctuaries and zoos.

In the areas outside wildlife sanctuaries, territorial forest officials are supposed to check poaching activities.

However, the department officials said that if a specific poaching case comes to their attention, they can take care of it.

HELP PUT AN END TO POACHING & SPREAD THE WORD!

1. New Documentary, Why On Earth, Uncovers The Vital Connection Between Humans & Animals In Order To Create Positive Change For The Betterment Of...
Read more
Healthy Living

They are sick, injured, stressed, and living in cramped, filthy conditions. This is the life of a factory farmed chicken. Currently, it's estimated that...
Read more
News

Breaking! Cody Hetrick & Alex Smith Of Brookville, Pennsylvania, Must Be Prosecuted After Horrific Videos Of Them Torturing An Injured Deer Go Viral

Brookville may be a small borough in Jefferson County, Pennsylvania, but it is currently the center of worldwide outrage after a video of teenaged...
Read more
Load more