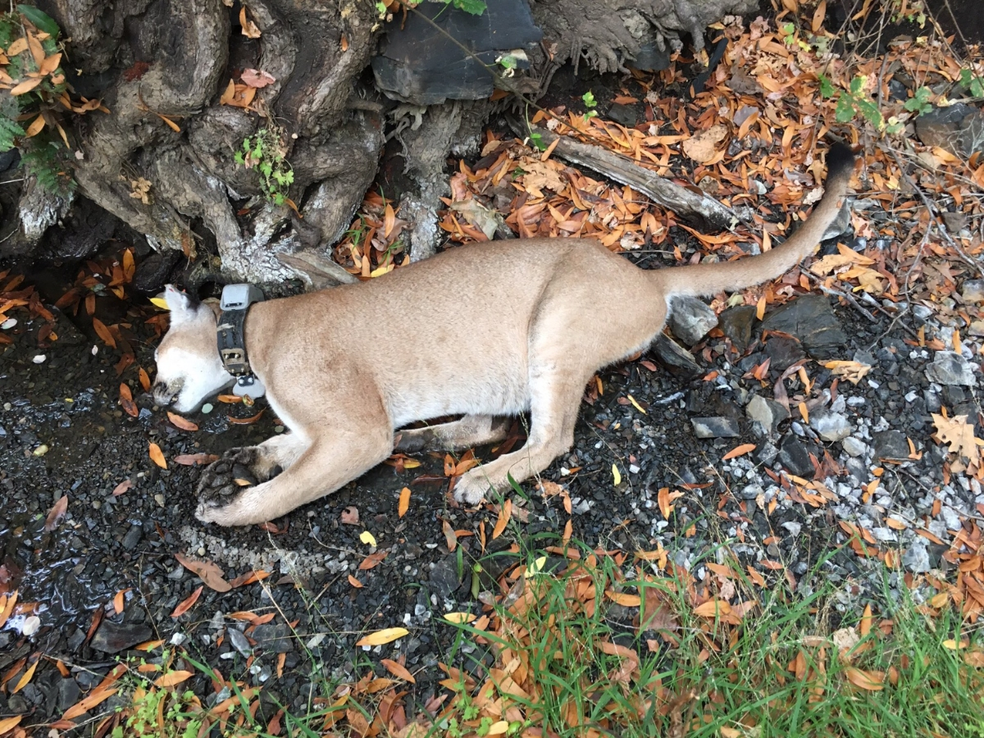 Breaking! Two More Mountain Lions Die Of Rodenticide Poisoning As Bill Aimed At Banning Use Of Certain Rat Poisons In CA Sits In The Senate Appropriations

Two mountain lions have been found dead in the Santa Monica Mountains recently  and anticoagulant rodenticide poisoning has been confirmed as the cause in one case, and is suspected in the other.

The latest senseless deaths substantiate the concern that some of California’s most iconic wildlife is being decimated by certain types of rat poisons known as second-generation anticoagulant rodenticides.

According to the National Park Service, P-30, a once healthy six-year-old male mountain lion, was found deceased in Topanga State Park on September 9th after his radio collar sent out a mortality signal. He was found dead with no obvious signs of injury or trauma.

P-30’s carcass was subsequently collected and a necropsy by the California Animal Health and Food Safety (CAHFS) Laboratory field office in San Bernardino revealed that he bled to death internally. The report documented that he had severe hemorrhaging in his brain and abdominal cavity. Approximately five liters of unclotted blood was found in his abdomen.

Testing identified five different anticoagulant rodenticides, including a high concentration of bromadiolone which works to prevent the blood from clotting.

P-30 marks the fifth mountain lion in a long-term study of the species to die in this manner. The goal of the National Park Service study of mountain lions in and around the Santa Monica Mountains is to determine how they survive, or tragically do not, in an increasingly fragmented and urbanized environment.

While CAHFS did not find a cause of death for the other mountain lion, a four-year-old female dubbed P-53 whose decomposed carcass was found on August 15th in Malibu, is suspected to be the sixth to die from rodenticide poisoning.

Since 2002, National Park Service researchers have documented the presence of anticoagulant rodenticide compounds in 23 out of 24 local mountain lions that they have tested, including in a three-month-old kitten.

“Just about every mountain lion we have tested throughout our study has had exposure to these poisons, generally multiple compounds and often at high levels,” Seth Riley, an ecologist and the wildlife branch chief for Santa Monica Mountains National Recreation Area (SMMNRA), said in a statement. “A wide range of predators can be exposed to these toxicants including: owls, bobcats, coyotes, foxes, and mountain lions. Even if they do not die directly from the anticoagulant effects, our research has shown that bobcats, for example, are suffering significant immune system impacts.”

Testing of P-64, who died a few weeks after the Woolsey Fire, also revealed six different anticoagulant compounds in his liver, as did P-47 who died from poisoning in April of this year.

Each death is one more reason that legislation is needed to prevent more animals from being exposed to the threat of second-generation anticoagulant rodenticides.

WAN and Peace 4 Animals urges our readers and supporters to refrain from using rodenticides (rat poison) due to the harmful effects seen here, not only to smaller mammals, but endangered species like the last mountain lions in the Santa Monica Mountian Range.

Previous articleA Must Read! 2019 Rhino Report: A 10-Year Look At World Rhino Populations, Is Extinction Inevitable Or Will They Be Saved?
Next articleBreaking! The Controversial Company Nestlé Announces The “PB Triple Play” A Meat-Free Burger With Plant-Based Cheese & Bacon