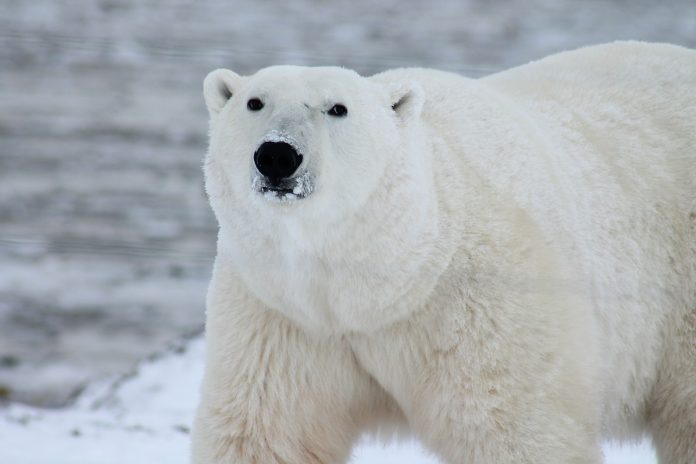 WASHINGTON – By a vote of 51-48, the Senate has passed a tax bill that mandates destructive oil drilling in the Arctic National Wildlife Refuge, despite opposition from 70 percent of Americans. The House is expected to pass the bill after a second vote today. This backroom deal to buy the Alaska delegation’s votes on the controversial tax bill comes after decades of failed legislative attempts to open this federally protected wildlife habitat to oil and gas development.

The following statement is from Jamie Rappaport Clark, president and CEO of Defenders of Wildlife:

“Congress has committed the ultimate sellout of America’s public lands with such a devious and shortsighted action in one of the wildest places left in the world. Shame on those who supported this abhorrent assault on our natural legacy.

“Today truly is a dark day for wildlife conservation, and it is a deep betrayal of the will of the American people. After decades of bipartisan support for protecting the Arctic National Wildlife Refuge, the partisan majority in Congress tossed out those protections to pass a tax bill. But even following this irresponsible vote, the fight to save the Arctic is not over. Defenders of Wildlife and our supporters are committed to saving this irreplaceable wilderness. We will battle oil development in the courts, corporate boardrooms, the White House and on Capitol Hill to save imperiled polar bears, migrating caribou, thousands of migratory birds and other wildlife that depend on the Arctic National Wildlife Refuge.

“We will not disappoint future generations who may one day ask what we did to save this pristine place. And, given the strength of public support, we expect we will ultimately prevail.”

The Importance of the Arctic Refuge

The coastal plain, where drilling would occur, is the biological heart of the refuge. Oil development will irreparably damage this vital landscape. The wilderness and habitat values will be destroyed by an industrial complex, replete with oil spills, leaks and pollution. Pipelines, drill rigs, buildings and other infrastructure accompanied by the noise of industrial development would threaten iconic wildlife and imperil sensitive species that call the refuge home.

The Arctic refuge contains vital nesting habitat for hundreds of species of migratory birds from all 50 states and six continents; the most important onshore denning habitat for threatened polar bears in the United States; spawning streams for Dolly Varden and other valued fish species; and room to roam for caribou, wolves, muskoxen, Dall sheep, Arctic foxes and many other wildlife species.

Most of the Arctic refuge’s coastal plain is designated critical habitat for federally threatened polar bears. Mother polar bears with cubs are increasingly dependent on this area as annual sea ice melts more quickly due to a warming climate. The coastal plain is also the principal calving ground for the nearly 200,000-strong Porcupine caribou herd, which migrates hundreds of miles to birth and raise their young in the refuge each year.

President Dwight D. Eisenhower first set aside much of the refuge in 1960. Congress later affirmed and expanded the refuge in the Alaska National Interest Lands Conservation Act in 1980. Now about the size of South Carolina, the Arctic refuge preserves one of the largest intact ecosystems in the world. Approximately 40 percent of the refuge, mostly in the Brooks Range, is designated as wilderness to help permanently protect this treasured landscape.

This contentious legislation was attached to the tax reform reconciliation bill, allowing it to bypass a filibuster in the Senate. Adding such a high-profile, divisive provision that has nothing to do with tax reform circumvents full and fair debate in the Congress.

The Arctic refuge drilling provision is about changing policy, not raising revenue. It should not have been included in the budget process or in an unrelated tax reform bill.

Refuge drilling would produce scant revenue to the U.S. Treasury, and nothing close to the projected $1.8 billion suggested by the president’s current budget proposal. A recent economic analysis by the Center for American Progress found that Arctic refuge drilling would only raise $37.5 million for the U.S. Treasury, at most, in the first decade. In fact, oil leasing in the refuge would only produce a paltry $7.5 million, if Alaska successfully sues to claim 90 percent of leasing revenues available under applicable law.

The tax bill passed by Congress will increase the federal debt by more than $1 trillion – meaning that the sale of Arctic refuge leases and royalties would recoup a fraction of one percent of the projected deficit in the “best case” scenario. And that calculation generously assumes that every single acre of the coastal plain would be sold for drilling, which is highly unlikely.

A Gorilla Bachelor Is Breaking Hearts In Arkansas

A 24-year old silverback gorilla named Kivu was relocated from Santa Barbara just over a month ago as part of a conservation effort to...
Read more
News

Breaking! 6 Members Of Alleged Poaching Ring Caught With Game Meat & Arrested For Killing Animals In A National Park In Rwanda

Six people were arrested on Tuesday in the Kayonza District of Rwanda in connection with the killing of a buffalo and two antelopes in the Akagera National...
Read more
News

A heart-wrenching photo has surfaced recently, it shows a park ranger sitting and quietly comforting a gorilla. This gorilla has sadly just lost its mother...
Read more
Load more