Brussels Bans Force-Feeding Of Ducks And Geese For Foie Gras

The sadistic practice of force-feeding ducks and geese for the production of foie gras will soon become prohibited in Brussels; according to Expatica and Mercy for Animals, marking the beginning of a movement to ban all force-feeding across the Belgian and Flemish capital. 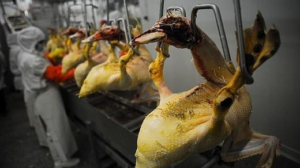 Some people consider foie gras to be a luxury food product.

“Animals are forced to ingest large quantities of food. This creates an awful lot of stress for the animals and they experience breathing difficulties. The animal’s liver can grow to weigh up to 1 kilo. Under normal circumstances this is barely 100 grams,” explained Bianca Debaets, Brussels’ secretary of state for animal welfare. “Force-feeding boils down to torture. I cannot permit it.” 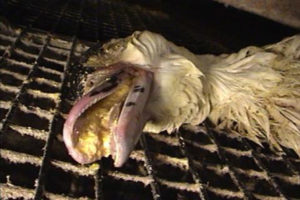 Global Action in the Interest of Animals (GAIA), which unites defenders of animal welfare and advocates for animal rights in Belgium, recently commissioned research which reported that 84 percent of Belgians are in favor of force-feeding bans.

A 2013 Mercy for Animals undercover investigation at the country’s largest foie gras producer shows “workers violently grabbing ducks by their wings or necks, ramming a metal pipe down their throats, and pumping enormous amounts of food into their stomachs.” 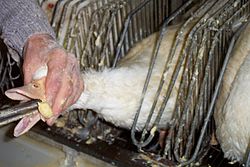 According to Joe Loria, Communications and Content Manager at Mercy For Animals, “You can hear workers on camera tell our undercover investigator that the practice is so traumatic many birds die from it. Force-feeding is so cruel it has been banned in California and more than a dozen countries, including the United Kingdom, Germany, Italy, and Israel.”

Mercy For Animals, which remains on the front lines of a fight to protect farmed animals, also reported that this week, in New York, home to two of the three U.S. foie gras factory farms, state senator Tony Avella introduced a bill to ban force-feeding. 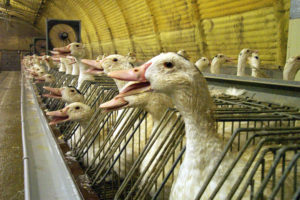 Mercy For Animals sent a letter urging the “senate leadership to pass the bill and stop this unnecessary cruelty.”

They request other New Yorkers do the same and let their state senator know that they firmly support S1559, the bill to end the cruel force-feeding of birds.

Breaking News! COVERGIRL Is Now The Largest Makeup Brand To Become Cruelty-Free In The Global Fight To End Animal Testing For Cosmetics

Last week, the Colombian Senate voted to ban cosmetics testing on animals. The new bill, which will come into effect in 2024, prohibits the use of animals...
Read more
News