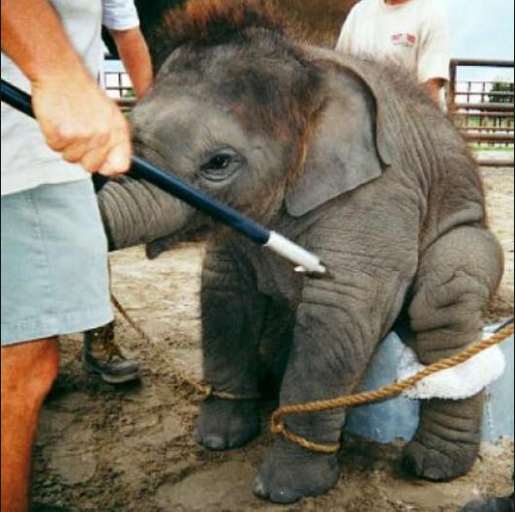 On Monday, Governor Jerry Brown signed the bullhook ban, Senate Bill 1062, to end the use of the archaic bullhook, as well as other harmful fear driven tools like baseball bats used to control Elephants in circuses. Bullhooks are used as a fear driven method by handlers causing injury to elephants in order to make them perform.

The California bill was introduced by Ricardo Lara, which prohibits the use of pain-inflicting devices to train or control the behavior of an elephant. Both chambers of the California legislature approved SB 1062, which passed the Senate and Assembly.

Anyone who violates the bullhook ban will face civil penalties. The ban will go into effect on January 1st, 2018.

California will be the second state in the nation to ban bullhooks. Rhode Island is the first state to enact the ban as of July 2016. The decision by Ringling Bros. to retire their elephants is a result of public pressure to end the use of wild animals for entertainment.

Ricardo Lara said in a statement. “California’s commitment to the humane treatment of elephants is strengthened today. Banning bullhooks removes cruel and horrific treatment against these kind, gentle animals.”

We hope that this crucial bullhook ban will be a step in the right direction to raise people’s consciousness about the cruel practices used in the circus. Someday very soon we hope circuses will be banned worldwide.

Italian luxury fashion house, Giorgio Armani Group, has just announced a ban on the use of angora wool beginning in the 2022-2023 autumn/winter season, adding angora to...
Read more
Breaking News

Yesterday, Dr. Jane Goodall joined with many of the world’s leading animal protection and conservation organizations to urge the 88 member countries of the International...
Read more
News

As the planet faces unprecedented challenges, EarthStream provides an essential new digital streaming world that includes powerful and impactful narratives that can change how...
Read more

Previous articleThis Bear Has Skills!
Next articleDog Loves Getting Rides From His Buddy The Giant Tortoise

Explosion In Bogota Last Sunday Being Investigated, May Be Related To Bullfighting

Police in Columbia are investigating an explosion near a bullring in Bogota last Sunday, which left at least 40 people injured. While the motive behind...
Read more
News

Cheese has been stringing people along for long enough, pretending to be healthy and good for them. So why does the average American eat 33...
Read more
Load more