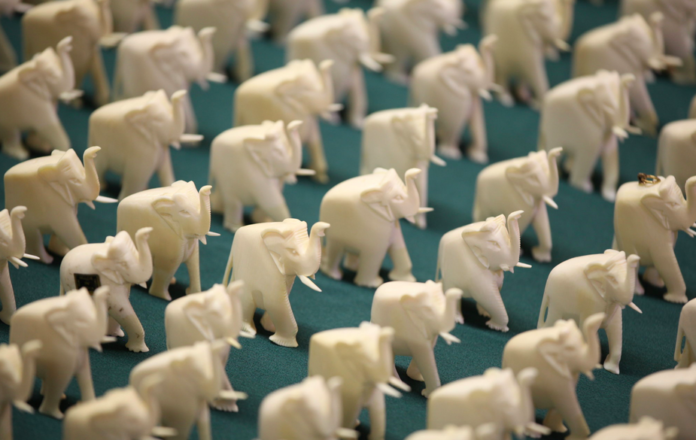 Signed by Governor Edmund G. Brown Jr. last October, a new law banning the sale of nearly all ivory in the state of California is effective as of July 1, 2016. The ban, which can be found in California Fish and Game Code, section 2022, encompasses teeth and tusks of elephant, hippopotamus, mammoth, mastodon, walrus, warthog, whale and narwhal, as well as rhinoceros horn, regardless of whether it is raw, worked or powdered, or from a store or a private collection. Under the law, advertising the sale of any items containing ivory is also strictly prohibited.

Under the new law, raw ivory and most crafted items that include ivory may no longer be purchased, sold or possessed with the intent to sell, with limited exceptions, including the following:

California has a long history in the legal and illegal trafficking market of ivory within the United States. Although the sale of ivory and elephant parts has been illegal in California since 1977, the new law closed a loophole that allowed the continued sale of ivory that was imported into the state before 1977.

The sale of ivory, rhino horn or products that contain ivory will be a misdemeanor, punishable by fines up to $50,000 and one year of incarceration.

A Hike Of A Lifetime With Rescued Wolves At Wolf Heart Ranch In Acton, CA This Sunday

nativenewsonline.net Guaranteed to be an evening like no other, Wolf Connection is marking its one year anniversary at Wolf Heart Ranch in Acton, California with...
Read more
International News

Villagers and soldiers help a stranded whale in Leizhou, South China’s Guangdong Province, back into the sea. A five-meter-long whale stranded on the beach, weighing...
Read more
Load more