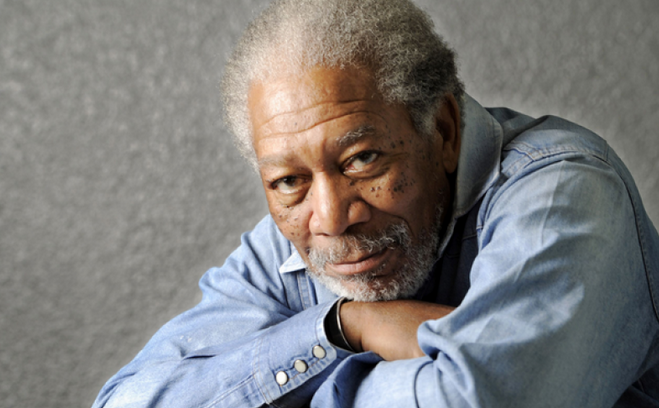 Just in time for the Discovery Channel’s Shark Week, Oscar winner Morgan Freeman toured Congress to push them to take action to stop the sale of shark fins in the United States.

“I had God in my office,” said Democratic Sen. Sheldon Whitehouse, referring to Freeman’s role as a white-suit-wearing God in Bruce Almighty.

“Right now, the sharks are in a lot of trouble. They’re being killed for their fins,” said Freeman at a news conference last week held in order to announce new legislation. 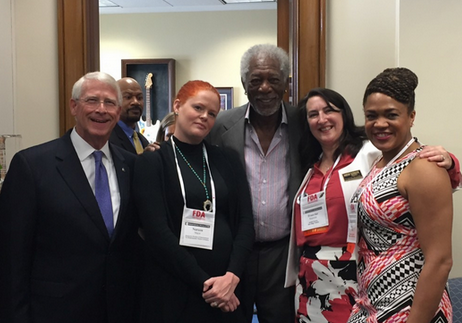 Freeman has long supported the advocacy group Oceana, which works to protects threats to oceans and marine life.

Freeman described his fight for legislation: “Sharks are being killed for their fins, much like rhinos and elephants have been decimated due to the demand for their horns and tusks. While shark finning is banned in U.S. waters, we continue to buy, sell and trade shark fins throughout the country. By allowing the trade of shark fins within our borders, the U.S. continues to contribute to this global problem. The Shark Fin Trade Elimination Act would not only get the U.S. out of the shark fin trade business, but it would also reinforce the status of the United States as a leader in shark conservation.”

“Shark finning, which leaves these animals to die a slow and painful death at the bottom of the ocean, is a cruel practice that needs to be stopped. When the United States leads, others follow,” said House Foreign Affairs Chairman Ed Royce.

Freeman was said to be meeting House Minority Leader Nancy Pelosi of California, as well as Senator Cory Booker of New Jersey and Senator Roger Wicker of Mississippi.

Booker is leading the Senate version of the bill to stop the sale of the fins: “Shark finning is pushing some species of sharks to the brink of extinction. With this bipartisan measure, America can become a global leader by shutting down the domestic market for shark fins. Sharks play a pivotal role in marine ecosystems, and we must do more to protect them.”
Source: Roll Call

A Spanish civil guardsman showed no fear as he frantically broke a window to save a dog that was moments away from perishing after...
Read more
News

A rapid-fire investigation, arrest, and strong conviction against a wildlife trafficker in Sabah has dampened the online sales of sea turtle eggs in the Malaysian state. A...
Read more
Load more