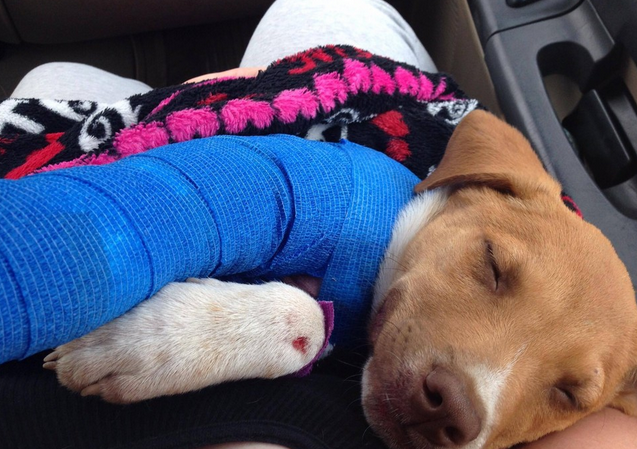 Couple Rescues Lifeless Dog On Side Of The Road

A driver stands over a lifeless body of a dog, and presumes it to be dead. But when Terri Skidmore and her boyfriend, Mike Aziz, pulled up, they found out otherwise.

“I kind of assumed the dog was dead,” Skidmore tells The Dodo. “I couldn’t get him out of my head. So I told my boyfriend, ‘Let’s just turn around and let’s see.'”

As the couple pulled up, they found that the man who had hit the dog was gone, but an older couple was monitoring the situation and noticed that he was still breathing.

Skidmore then cleaned up the puppy and made him as comfortable as she could. The puppy was in shock, infested with parasites, unconscious, and was in need of nutrition.

Skidmore is a vet tech, and stated: “I had no idea how severe his injuries were, but he was completely unresponsive.

Once at the vet, it appeared that the puppy had no internal injuries, and the stones in his stomach were merely due to him eating them due to shock.  The puppy did experience a leg fracture, and would need surgery. 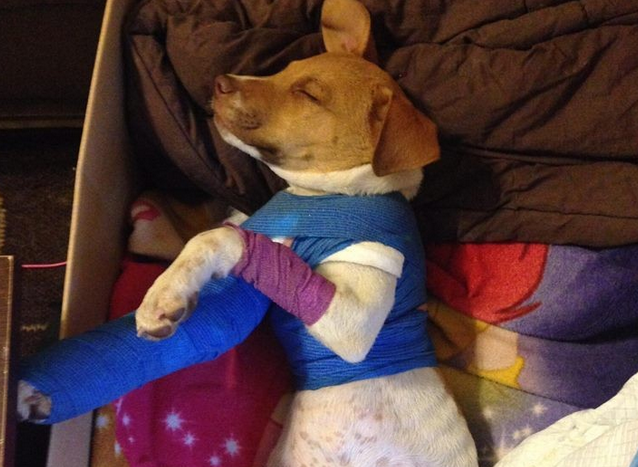 Fortunately for the pup, Jason Flatt, founder of Friends to the Forlorn Pitbull Rescue, had overheard the puppy’s story while he was at the clinic.

“You don’t find people who are willing to do this every day,” Flatt told the couple. “Because you were willing to help this puppy, we’re going to help you.”
Flatt raised funds for the dog’s surgery, and also covered his care for the rest of his life.

Heartbreaking news in Botswana as Elephants Without Borders discovered nearly 90 elephants who were brutally killed for their tusks after conducting an aerial survey near...
Read more
News

(Main Image Not Of Actual Dog, Too Graphic) In yet another heartbreaking case of unwarranted animal abuse that turned fatal, an “ailing” pit bull was...
Read more
Breaking News

5-Year-Old Orangutan Named Kukur Was Rescued In West Borneo, This Marks The 7th Orangutan Saved Since The Start Of The COVID-19 Pandemic