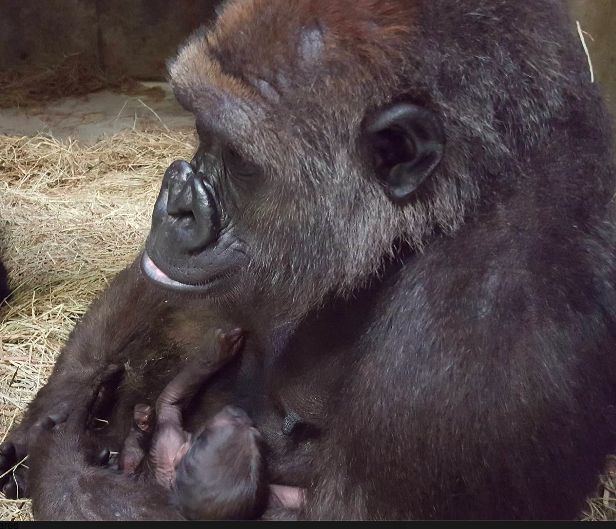 In the wake of the tragic death of Harambe the gorilla, the Sedgwick County Zoo has made it their mission to focus on the conservation of endangered species, including lowland gorillas who are on the brink of extinction in the wild. Recently, they posted photos of a 15-year-old lowland gorilla, Barika, nursing her newborn.

The baby gorilla is the first of its species to be born in Kansas. The baby’s sex has not been revealed, nor has a name.

The newborn’s father is a 23-year-old silverback gorilla named Matt. The entire family, including mother Barika, will remain under observation, although the baby is reportedly doing well. 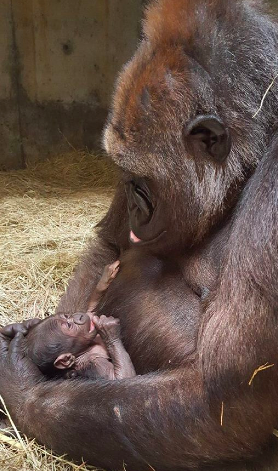 The zoo has focused on a new initiative to increase the population for the critically endangered species which has been diminished due to big game hunting, poaching, and habitat destruction in Africa.

Note: World Animal News does not condone captivity if the focus is not saving a species from extinction.

While WAN does not support factory-farming of any kind, we unwaveringly support the efforts of animal advocates everywhere who are fighting to improve and...
Read more
News

Justin Bieber has been well-known for his animal Instagram posts, as he’s taken photos with puppies and his pet monkey in the past. More...
Read more
Load more