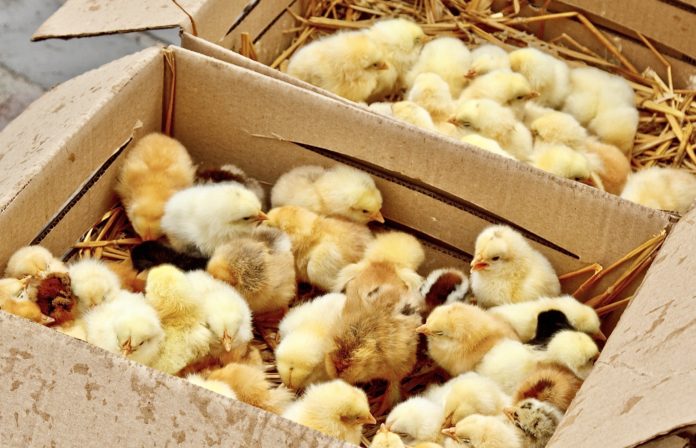 Demand Intensifies To End Shipments Of Live Animals Through The U.S. Postal Service To Prevent Cruelty & Deaths During Transport

Today, Social Compassion in Legislation (SCIL) released a video documenting the barbaric practice of shipping sentient living beings through the U.S. mail. This is especially important for those people who may be in denial about the issue.

As the uproar grows over what appears to be the deliberate sabotage of the nation’s postal service, Americans are complaining that their prescriptions, social security checks, paychecks, and other crucial items are ending up in a twilight zone of bureaucratic bungling.

Sadly, there is one group of individuals who cannot complain and who are being subject to cruelty and death. That is animals. Many Americans are not aware that it is a common practice to ship animals, like baby chickens, in the U.S. mail. This has been a controversial policy for years as it has been documented that the animals often die in transport. Others die a slow, agonizing death when the recipient fails to pick up the package.

Now, political appointees are reportedly removing crucial sorting equipment in an apparent attempt to skew the upcoming Presidential election in favor of the incumbent. As this crisis escalates, a growing contingent of animal loving Americans are demanding a change in the rules to prevent animals from being subjected to needless cruelty on a journey that would likely end in death.

“Postal employees have expressed to us their horror over the practice of live animal shipments. As it is a federal offense to tamper with U.S. mail, postal workers are forced to listen to the chirps of chicks dying inside abandoned boxes that the workers are legally not allowed to open. This is emotionally traumatizing to the postal workers. It’s also animal torture,” said Judie Mancuso, Founder and President of Social Compassion in Legislation.

The organization sponsors lifesaving animal protection legislation in California and New York, including the Cruelty Free Cosmetics Act, banning animals in circuses, and ending fur trapping throughout the state.

“Given that our toxic relationship with animals is what has left our economy crippled by a zoonotic virus that jumped from animals to people, the last thing we should be doing is doubling down on animal torture. It is time for us and the Postal Service to evolve,” concluded Mancuso. “We demand that all live animal shipments via the U.S. mail end immediately and permanently, which can be done with relatively easy regulatory changes.”

Please sign this Care2 petition, to help stop the live shipments of animals via the U.S. Postal Service, HERE!

Heartbreaking News! Beloved Bear Named Cinder Who Was Rescued & Rehabilitated From Wildfires Was Killed By A Hunter In Washington

Photos from Idaho Black Bear Rehab (IBBR), Facebook It is with heavy hearts that WAN shares the sad news that Cinder, the inspiring bear who...
Read more
International News