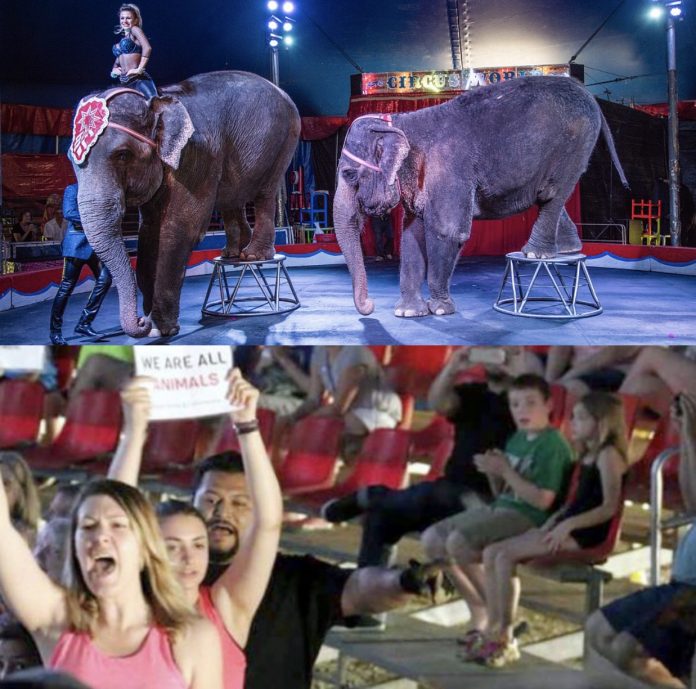 “Animals are not toys or trinkets for us to use and abuse,” Wayne Hsiung, Founder of Direct Action Everywhere, told WAN. “Ordinary people are starting to see this, and soon we won’t have to protest animal circuses because they will be banned.”

According to Wisconsin News, the two women, Rebecca Kowalewsky and Dayna Patik, protested against the circus’ use of animal acts which are performed under unfathomably cruel conditions.

The news outlet confirmed that Kowalewsky and Patik admitted their involvement on Monday.

While they may be charged with disorderly conduct, which is ridiculous, Baraboo Police Captain Rob Sinden noted that a trespassing violation was unlikely because the women did not return after being escorted off the grounds by circus personnel.

“While people see circuses as family fun, the truth is that circuses for animals are a place of violence, and we are working to expose that and achieve total animal liberation,” Kowalewsky said in the report in which she also acknowledged that the disruption was intended to expose the issue of “animal violence” in circuses through direct action. “We’re never going to shy away from anywhere that exposes violence towards animals.”

“What Circus World does to animals is violence and speciesism, that is discrimination based on those animals being born into the wrong body,” Patik argued in an article that ran in the Wisconsin Gazette. “This is unacceptable and must stop.” 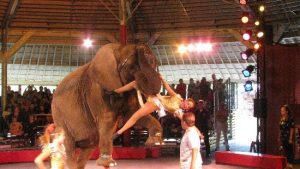 The fact that wild animals are still used in some circuses and shows around the world is appalling. While many cities such as Los Angeles and New York have implemented bans on the unnaturally cruel practice, it is difficult to believe that some municipalities still condone it.

As WAN reported earlier this week, a bill which would have banned circuses or carnivals with wild or exotic animals from the Newark, Ohio was rejected before even making it to the full council for a vote.

Based in San Francisco with chapters around the world, Direct Action Everywhere is a powerful grassroots network of individuals who work to achieve total animal liberation through nonviolent, direct action.

Most recently in New York City, Direct Action Everywhere activists made another huge international statement promoting veganism after they were arrested for disrupting the annual Nathan’s Hotdog Eating Contest on July 4th.

Trick Not A Treat! Nestlé, Mars, Mondelēz, and Hershey’s Are Hiding Rainforest Destruction In Halloween Candy: Urge Them To Stop!

Photo by Paul Hilton Reports show active deforestation for palm oil plantations which are connected to the biggest candy makers in the world, despite company...
Read more
News

Taiji, Japan, Dolphins Stolen from the wild, from sea to stage, where your entertainment comes from. Please DO NOT buy a ticket to a dolphin show or dolphinarium! The...
Read more
News