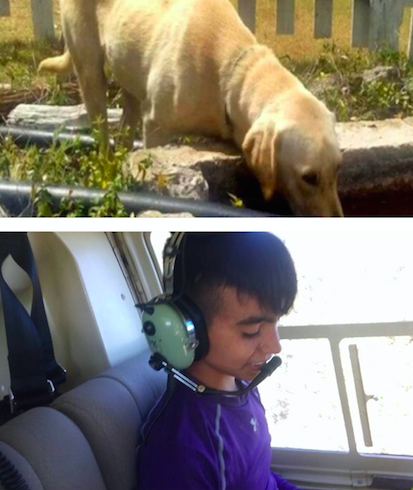 A 14-year-old boy, Juan Heriberto Trevino, was lost in a Mexican mountain range for 44 hours, but he was not alone. 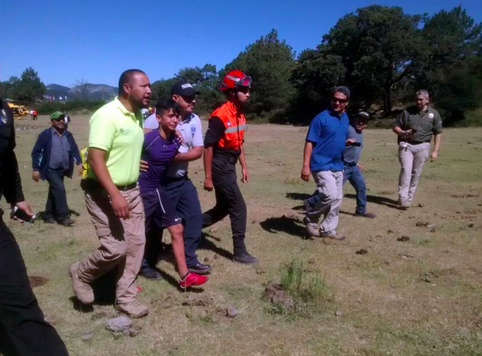 Max the dog, who Juan had met only a few hours earlier, refused to leave his side throughout the long ordeal. Trevino slipped down a ravine after he was separated from his summer camp group. Although he was injured, Max the Labrador retriever, followed him down and kept him warm.

Said Trevino: ‘He stayed by my side the whole time, making me feel safe. I grabbed (Max) and put him on my legs to not be so cold and hugged the dog.” 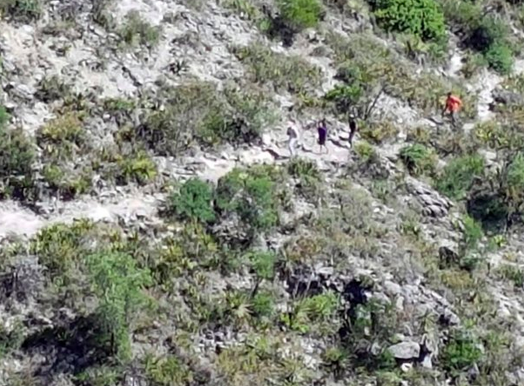 Max also managed to find a puddle from which he and Trevino could drink.

Although the search party finally rescued the pair, they recognized Max’s vital role in the rescue.

Martin Castillo, deputy director of the local police: ‘In that part of the mountain, it is very easy to get lost. In addition, it’s very cold at night, as it is very high. The child was lucky to find the dog.’

Although Trevino’s family wanted to adopt Max, they found that he already had a home.

Hurricane Harvey Animal Rescue! Peace 4 Animals Teamed Up With A Group Of Animal Rescues To Airlift 50 Dogs & Cats From Texas To...

Quishon Brown Is Arrested For Setting An Innocent Dog Named Riona On Fire In Tennessee; Justice Must Be Served!