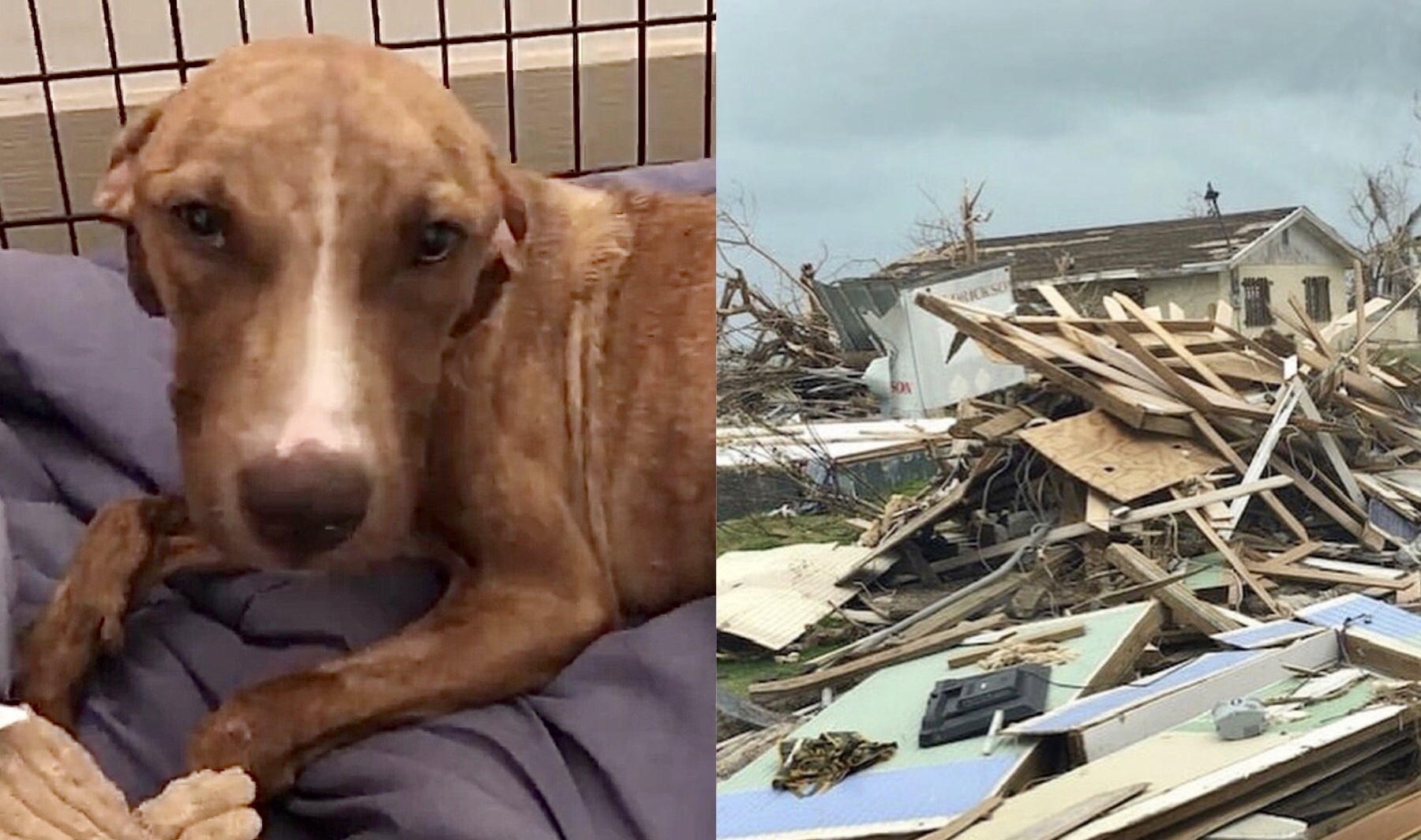 A recent rescue story was nothing but a miracle, which is why one lucky dog from the Bahamas was rightfully named exactly that.

Miracle, who had survived a month after the devastating Category 5 Hurricane Dorian hit the Bahamas, was found by Big Dog Ranch Rescue (BDRR), wagging his tail after being trapped under ruble.

Thanks to an inferred drone, the BDRR team was able to pinpoint Miracle’s location but it was not that simple. The team had to dig their way through broken debris, sharp nails and glass in March Harbor until they were finally able to reach the tiny patch of heat the drone had picked up.

BDRR Founder and President Lauree Simmons, said in a statement, “What an incredible story that we were able to discover, a dog alive after being trapped for so long. We are using the latest technology for our recovery teams to locate these animals. In this case, drones played a key role.”

The team was shocked to have found a small and very weak emaciated dog that could barely lift his head, that’s when they knew they had to act fast.

After the team gave him an antibiotic injection and a bit of water at a makeshift pet trauma unit located where the Bahamas Humane Society use to stand, they had him rushed to a chartered plane that would take him to Florida.

After arriving at BDRR with almost no life left in him, they quickly hooked him up to an IV. It was not long after the team saw some life coming back to him at which he was finally able to lift his head on his own.

Miracle is one of 138 dogs that the BDRR has saved in the Bahamas. He will be staying with them until a family comes forward to claim him. If no one comes forward, the rescue organization will make sure that he finds a loving forever home.

You can help BDRR continue their rescue efforts by making a donation HERE!

Help all animals and our planet by choosing compassion on your plate. #GoVeg

Beyond Meat announced earlier this week that following multiple successful launches of its best-in-class plant-based chicken items, it is debuting its Beyond Chicken Tenders...
Read more
News

Breaking! Washington Wildlife Agency Authorizes The Killing Of The Last 2 Members Of An Endangered Wolf Pack