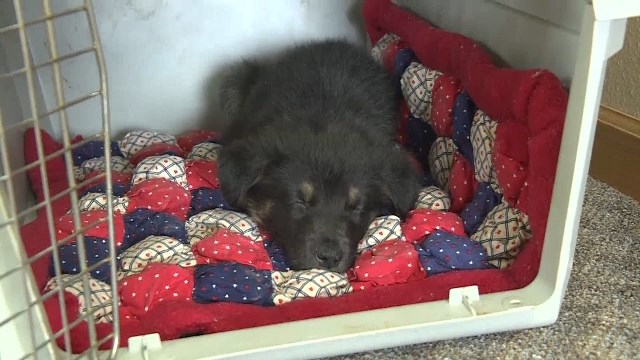 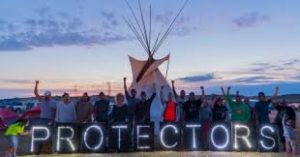 The latest find among the estimated 240 dumpsters, filled with garbage including spoiled food, tents and other personal belongings, as estimated by the Bismarck Tribune, were two dogs and six puppies abandoned at the scene.

They marked the latest abandoned pets to be found amidst the refuse late last week by volunteers from Furry Friends Rockin’ Rescue.

“It’s a mess down there, so it’s really, really hard to find these animals and get them,” said Julie Schirado who is one of many volunteers that has been working tirelessly to rescue any four-legged survivors that were left behind.

The Dakota Access Pipeline approval is a major blow to activists and the Standing Rock Sioux known as the “water protectors”, who have protested along with thousands of environmentalists from around the world who were trying to stop the construction of the DAPL.

The reality is that many protesters have left and sadly some of the animals have been left behind. The dogs that have been rescued from the aftermath have suffered frostbitten ears and patchy fur as a result of being exposed to the brutally cold weather. 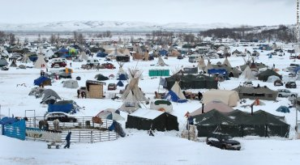 The Furry Friends Rockin’ Rescue plans to return to the camps every weekend should they have enough volunteers and are able to gain access, attributes the loud sounds of heavy machinery used to clean up the area as one of the factors making capturing the animals more difficult.

The rescue notes that they have had a couple cases of mange and problems with unclipped claws, “their first priority is keeping the dogs warm and fed, and making sure they are healthy.” 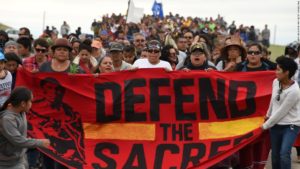 Carl’s Jr. and Beyond Meat are inspiring people to Go Beyond this Earth Day by hosting a one-of-a-kind, one day plant-based menu takeover at...
Read more
Healthy Living

Breaking! 500 Activists Participate In DxE’s Mass Open Rescue At Sunrise Farms In California; 40 Arrested For Trying To Save Sick Hens