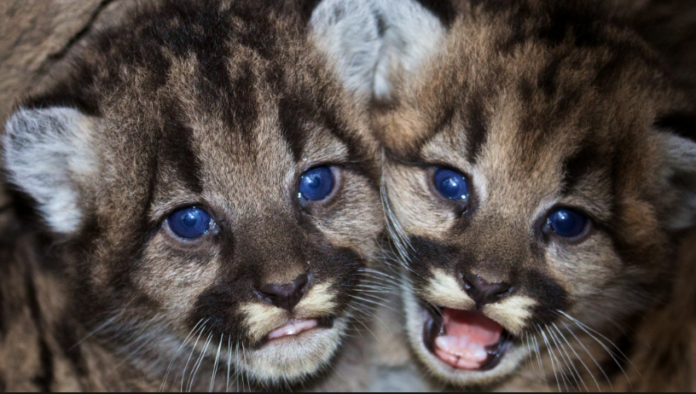 Great news for the survival of America’s mountain lions as new cubs were discovered by researchers in Southern California this past week.

Three females and two males have been ear-tagged and are being monitored.

The father of all five of the cubs is believed to be P-38 as indicated by his GPS locations, which show he spent multiple days with both mothers before the two litters were born. Scientists are taking genetic samples to determine paternity for certain.

P-35, the mother of two cubs, is about 6 years old and has been tracked since April 2014. Scientists believe her earlier offspring, P-44, did not survive. Her new cubs have been named P-48 and P-49.

Jeff Sikich from the SoCal park service says that they have been studying mountain lions since 2002. “The real challenge comes as these cubs grow older and disperse, especially the males, and have to deal with threats from other mountain lions, cars, and the possibility of poisoning from rat poison.”

Yesterday, Beyond Meat announced the addition of Beyond Breakfast Sausage Links to its line of innovative and delicious plant-based meat offerings. Designed to deliver the...
Read more
Industry News

Microplastics from product packaging and other sources are present in the stomachs of 20% of commercially imported fish from three regions in Mexico, according...
Read more
Load more