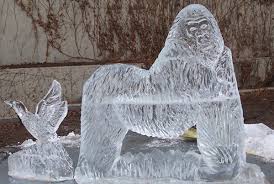 Could A Frozen Zoo Help Save Endangered Species From Extinction?

Could a frozen zoo really save endangered species and bring extinct species back to life?

Frozen zoos are facilities that store genetic materials taken from animals like: DNA, sperm, eggs, embryos and live tissue, which are all gathered and stored at very low temperatures in tanks of liquid nitrogen, waiting to be reprogrammed into stem cells for preservation over a long period of time.

Some facilities also collect endangered and extinct plant material that could help bring a species of plant back to life.

The San Diego Zoo, along with other research programs such as, the Audubon Center for Research of Endangered Species, cryopreserve genetic material in order to protect the diversity of the gene pool of endangered species. This is also to provide reintroduction of extinct species like the Tasmanian tiger from Australia and the Wooly Mammoth from the Ice Age.

At the United Arab Emirates Breeding Centre for Endangered Arabian Wildlife, embryos that have been saved include, the endangered Gordon’s wildcat and the Arabian leopard, of which only 50 remain in the wild.

Sperm which is more abundant than female eggs, can be taken from an animal following death to preserve it’s cells. The production of eggs, can usually be increased through hormone treatment to obtain 10–20 oocytes, dependant on the species.

Some frozen zoos prefer to fertilize eggs and freeze the embryo. Embryos seem to be more resilient under the cryopreservation process.

Frozen Zoos could be our only hope for saving animals who otherwise would go extinct without our help.

Canada Is Set To Invest Close To $100 Million Into Plant-Based Foods By Financing A New Protein Production Plant In Winnipeg, Manitoba

At the request of the U.S. Department of Justice (DOJ), the Animal Rescue League of Iowa (ARL), in coordination with the ASPCA, helped assist...
Read more
News

Antiques dealer and “conservation  consultant,” Richard Wales, was fined yesterday for offering a tiger’s head and other parts of endangered species for sale over...
Read more
Load more