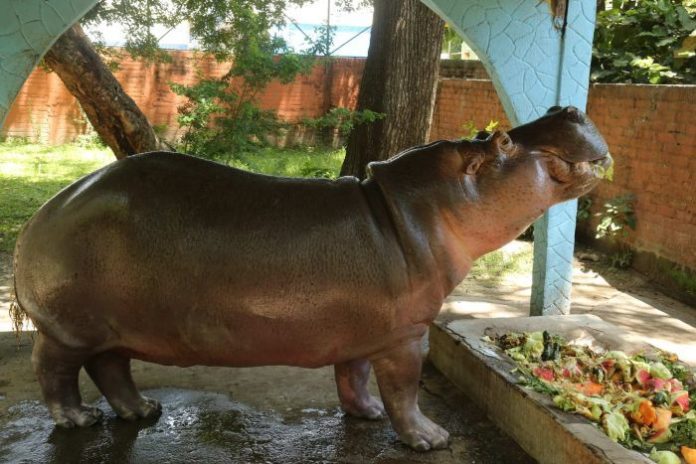 Heartbreaking news! The injury and death of Gustavito the hippo sparks outrage in a Latin American country already riddled with gang violence, while social media mourns the beloved gentle giant.

Gustavito was attacked on Tuesday evening at the El Salvador Zoo when the Zoo was broken into.

Zoo keepers did not realize Gustavito’s injuries until Thursday when the injured hippo had not left the pool in days.

He had stopped eating, the zookeepers said, and was spending most of his time hiding under the water in his enclosure. They said they didn’t get a chance to inspect him up close until Thursday because he refused to leave his pool.

When the zookeepers got a closer look at him, they found he was suffering from “bruises, lacerations on his head and body, cramps and abdominal pain”, the Ministry of Culture said in a statement.

Zoo staff tried to save Gustavito, but he died of his injuries on Sunday evening, the AP reported. He was 15.

RIP Gustavito. We pray that your killers will be found and prosecuted to the maximum extent!

Previous articleBREAKING! Taiji, Japan’s Dolphin Slaughter Is Over For The Season
Next articleHappy National Pig Day! The Story Of One Lucky Piglet Named Lucy !

Calls And Signatures Needed To Stop New Dolphin Prison From Opening In Orange Beach, Alabama, That Will Be A Part Of “Bama Bayou”

Plans to build yet another dolphin exploitation facility on the Gulf Coast are currently in the works. Captive dolphins will live their entire lives...
Read more
News