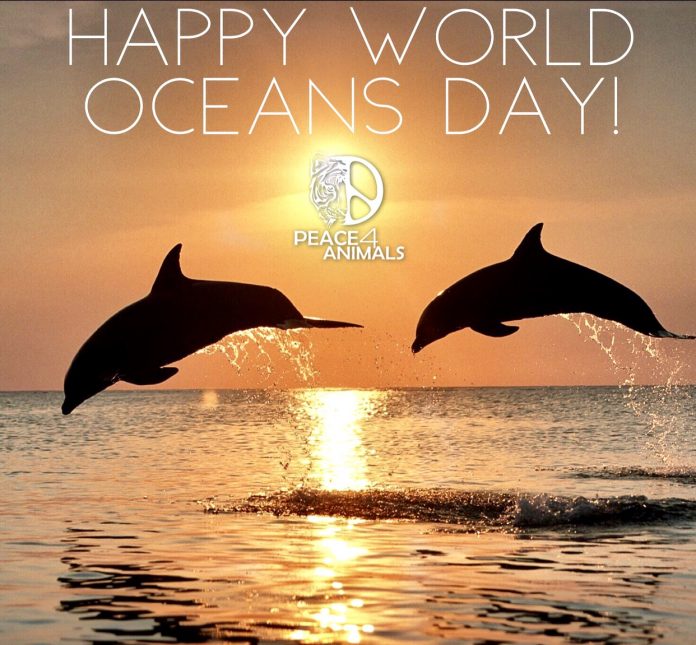 Today is World Oceans Day and together with many organizations and concerned citizens around the world, we are fighting to protect our precious oceans and marine life for future generations to come. -WAN

According to the UN, the oceans cover about two-thirds of the surface of the Earth and are the very foundations of life. They generate most of the oxygen we breathe, absorb a large share of carbon dioxide emissions, provide food and nutrients and regulate climate. They are important economically for countries that rely on tourism, fishing and other marine resources for income and serve as the backbone of international trade.

“The 2030 Agenda for Sustainable Development is an ambitious framework which, together, we will use to address these threats and improve people’s lives. The World Oceans Day provides an important opportunity to advocate for a sustainable future.”
— António Guterres, Secretary-General of the United Nations

Peace and security are also critical to the full enjoyment of the benefits that can be derived from the oceans and for their sustainable development. As has been remarked by the Secretary-General: “There will be no development without security and no security without development.”

This year’s theme for the Day is “Our oceans, our future” and is connected to the Ocean Conference taking place from 5 to 9 June at United Nations headquarters in New York.

To remind everyone of the major role the oceans have in everyday life. They are the lungs of our planet, providing most of the oxygen we breathe. To inform the public of the impact of human actions on the ocean.
To develop a worldwide movement of citizens for the ocean. To mobilize and unite the world’s population on a project for the sustainable management of the world’s oceans. They are a major source of food and medicines and a critical part of the biosphere. To celebrate together the beauty, the wealth and the promise of the ocean.

Together We Can Make A Difference To Save Our Oceans And Marine Life For The Future!

In a landmark decision, the Advertising Standards Authority (ASA) has ruled in favor of the Go Vegan World campaign, finding that the ad that...
Read more
News

Oscar nominee James Cromwell and a group of activists from Peta take over SeaWorld performance speaking the TRUTH about the 40 orcas who have...
Read more
News

Another City In Yulin, China, With The Same Name As The Infamous Yulin Dog Meat Festival Is Underwater

Another city in China's northwestern Yulin, Saanix provence sinks into major floods. Although this is not the same Yulin that is infamous for the...
Read more
Load more