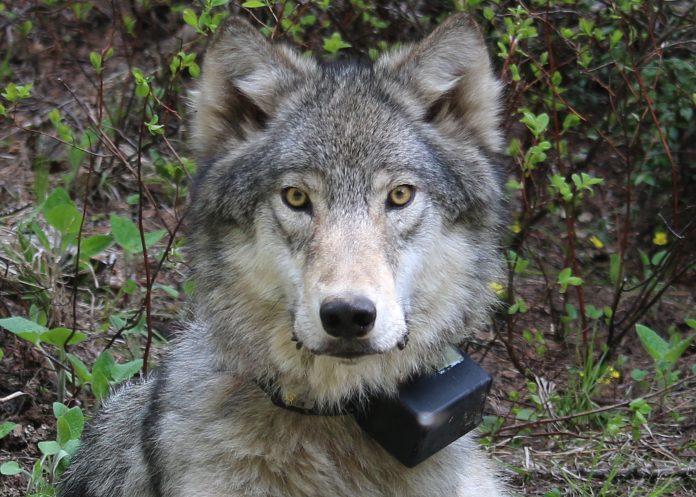 The Trump administration confirmed this week that it is considering a proposal to strip Endangered Species Act protection from nearly all wolves in the lower 48 states, including the Great Lakes region, making the animals vulnerable to trophy hunting and trapping.

According to the Center for Biological Diversity, an email statement from Gavin Shire, the U.S. Fish and Wildlife Service’s Chief of Public Affairs, said the agency has begun reviewing the status of the gray wolf under the Endangered Species Act and expects to publish a proposal to revise the wolf’s status “by the end of the calendar year.”

“It’s deeply troubling to see the Trump administration trying to prematurely kick wolves off the endangered species list,” Collette Adkins, a Minneapolis-based biologist and attorney with the Center for Biological Diversity noted in a statement. “Time and again the courts have told the Service that wolves need further recovery before their protections can be removed. But the agency is dead-set on appeasing special interests who want to kill these amazing animals.”

The Fish and Wildlife Service last removed protections for gray wolves in the Great Lakes region in 2011. Hundreds of wolves then died during wolf trophy hunting and trapping seasons that followed in Minnesota, Wisconsin, and Michigan.

Then, in 2013, the Service proposed removing gray wolf protections in the rest of the country. That included California, Oregon, and Washington, where small populations are still recovering, and the southern Rockies and Adirondacks, which have suitable wolf habitat but no wolves.

In 2014 a federal judge overturned the agency’s decision for prematurely removing wolf protections. And last year a federal appellate court upheld the lower court decision, reasoning the Service unlawfully ignored how the removal of wolf protections in the Great Lakes region could harm recovery of wolves in other areas, such as New England and the Dakotas.

The Service’s statement explains that the court’s reinstatement of wolf protections in the Great Lakes region “prevented the Service from moving forward with the full delisting proposal at that time.”

If the Service succeeds in its efforts to prematurely remove protections for wolves and grizzlies, for the first time in generations trophy hunters in the United States could kill them in nearly all places they live.

“Like so many Americans, I treasure having wolves and grizzlies in the wild and don’t want to see them shot and trapped for blood sport or pelts,” said Adkins. “We’re ready for a fight, and we’re going to do all that we can to make sure the feds fulfill their obligation to restore wolves and grizzlies across the country.”

DNA Test Confirms That Another Wolf Has Been Killed By A Hunter In New York; Take Action To Help Protect All Wolves In The...

A recent DNA analysis revealed that an 85-pound gray wolf was shot and killed by a hunter in central New York last December. At the time, protection...
Read more
International News

The Orangutan Project, an organization that focuses on securing the survival of orangutans and other Critically Endangered species in Indonesia, has seen an alarming increase in...
Read more
Load more