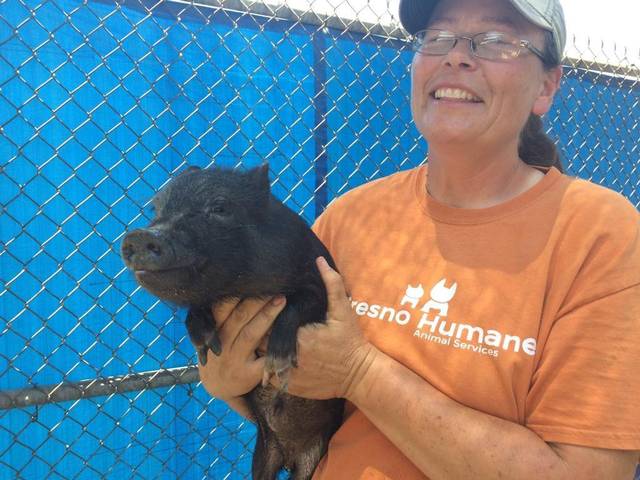 Nearly 1,000 small animals were found suffering on Friday in the back of a box truck in Fresno County after animal control officials followed up on a complaint about an extremely foul odor coming from someone’s home.

An officer stumbled upon the horrifying discovery after finding a dead goat on the property in question.

As per a report by ABC 30 Action News, the man who resides at the property claimed he was only renting the house and had no knowledge about the truck which did not belong to him. As of now, no charges have been filed, but the humane society confirmed that it is still an active and ongoing investigation. 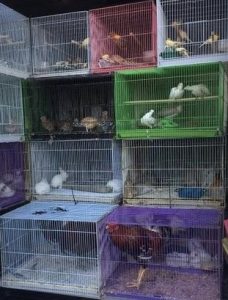 Due to the ages and breeds of the animals, it is suspected that they were destined to be sold to people at an event similar to a flea market, Brenda Mitchell, the Board President of Fresno Humane Animal Services with animal services said in the report.

Sadly, 18 of the innocent beings had died as a result of being left inside of the box truck which registered at 107 degrees.

The 955 animals that survived being callously confined in the sweat box with no air running or water included birds, rabbits, guinea pigs, three piglets and more. They are currently being cared for by the Fresno Humane Animal Services and volunteers.

They need the public’s help! 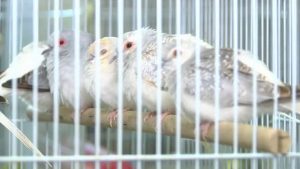 “We spent the whole night and most of (Saturday) just situating them and making sure they had food, water, and adequate housing,” Mitchell who called the situation heartbreaking told yourcentralvalley.com. “Unfortunately, when there’s demand for this type of thing, there’s always going to be this type of thing happening.”

According to Mitchell, this is not uncommon in this area. 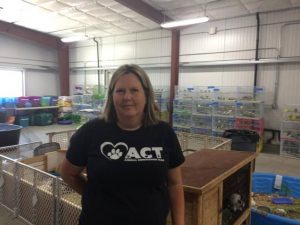 Mitchell also used the opportunity to urge people to call law enforcement or animal control if they ever suspect that an animal is being sold inappropriately or illegally.

The Fresno County Sheriff’s office confirmed that in these cases, the person or persons involved could be charged with animal cruelty which is a felony. The unlawful sale of animals in such cases is deemed an infraction or misdemeanor.

Please consider donating to the Fresno Humane Animal Services so that it and its volunteers can continue to provide the proper care that these wonderful animals deserve. Donations can be made Here!

A hunter in Alaska remains hospitalized with injuries previously deemed "life-threatening" after a bear that he shot and killed tumbled on top of him. According...
Read more
News

A settlement was approved yesterday requiring that the U.S. Department of Agriculture’s Wildlife Services implement numerous protections for wildlife in Northern California, including a...
Read more
News

Sign Petition To End The Donkey Slaughter In Africa

The slaughtering of donkeys for their skin and body parts is reaching epidemic proportions and something needs to be done to stop it. This constant...
Read more
Load more