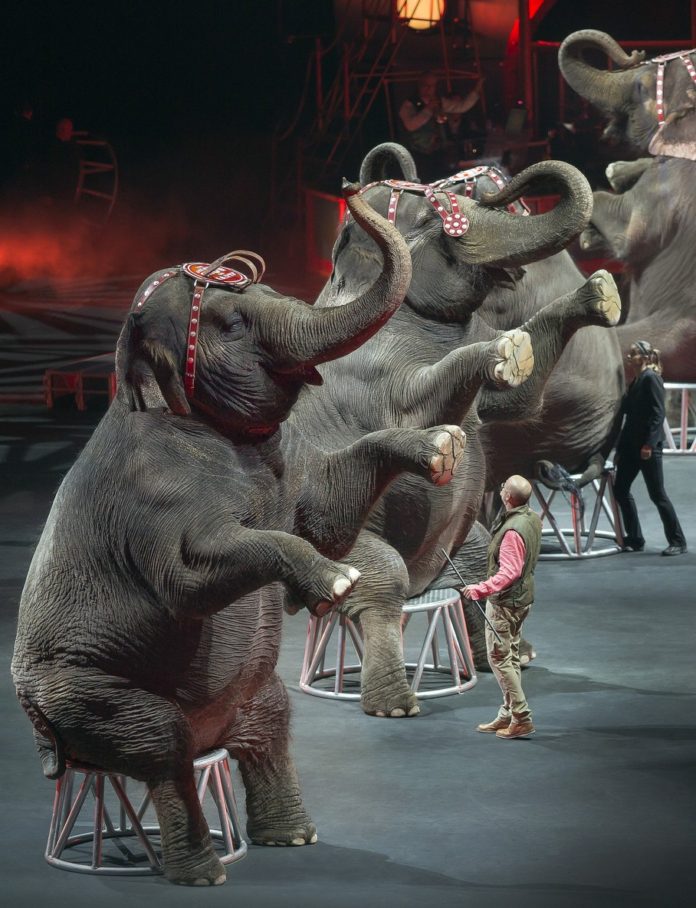 ELLENTON, Fla. — The Ringling Bros. and Barnum & Bailey Circus will end “The Saddest Show on Earth” in May, following a 146-year run.

Kenneth Feld, the chairman and CEO of Feld Entertainment, which owns the circus, told The Associated Press declining attendance combined with high operating costs are among the reasons for closing.

Feld said when the company removed the elephants from the shows in May of 2016, ticket sales declined more dramatically than expected.

The company broke the news to circus employees Saturday night after shows in Orlando and Miami.

Ringling Bros. has two touring circuses this season and will perform 30 shows between now and May. The final shows will be in Providence, Rhode Island, on May 7 and in Uniondale, New York, at the Nassau County Coliseum on May 21.

This is truly groundbreaking for the welfare of all wild animals and will set the stage for the humane treatment and respect these sentient beings deserve. They were born free and deserve to live free in the wild where they belong. -World Animal News

Whips Will Soon Be Outlawed In Australia Harness Racing

Breaking News! The use of whips will soon be OUTLAWED in Australian harness racing — a voluntary move in response to "compelling evidence that society...
Read more
News

A massive project to move 500 elephants by truck and crane to protect the threatened species is now taking place in Malawi. The elephants are...
Read more
News

Xanda, Cecil the lion’s oldest cub, was just over six years old and had several young cubs of his own Bert Duplessis/Fisheaglesafaris.com It is with...
Read more
Load more