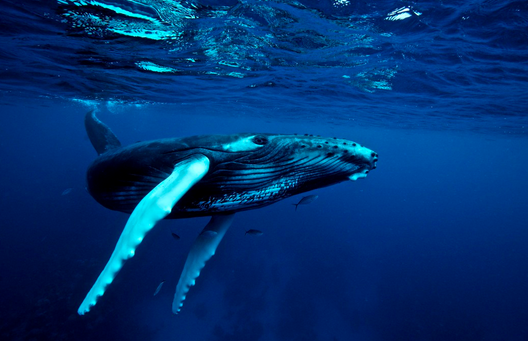 Scientists have been observing a curious pattern in humpback whale behavior: The whales are intentionally rescuing animals being hunted by orcas.

This behavior was first observed in 2009 by marine ecologist Robert Pitman, while he observed a pod of orcas (killer whales) hunting a seal that was trapped on an ice floe off the coast of Antarctica. The humpback whale intervened as the orcas were closing in for the kill, and placed the seal safely on the ice. Once the coast was clear, the seal was able to swim to safety.

BBC filmmakers also captured another event, during which a pair of humpback whales attempted to save a gray whale calf from orcas after it had been separated from its mother.

Pitman began collecting accounts of humpback whales interacting with orcas, and discovered nothing short of 115 documented interactions, reported by between the years 1951 and 2012.

The humpbacks are apparently intentionally interrupting the orcas’ hunts, as has been observed in 89% of the recorded incidents. The question is…why?

Scientists will continue to study this behavior, as well as determine why these first responders rescue other animals in pairs.

Previous articleG’Day From The Kangaroo Sanctuary In Australia
Next articleWhere Do Your Eggs Come From?

California patients and prisoners may soon be able to choose a healthful plant-based option at every meal thanks to a 6 - 0 vote...
Read more
International News

An investigation by the Campaign to Ban Trophy Hunting (CBTH) and a subsequent report that it released yesterday have revealed shocking information about the...
Read more
Load more