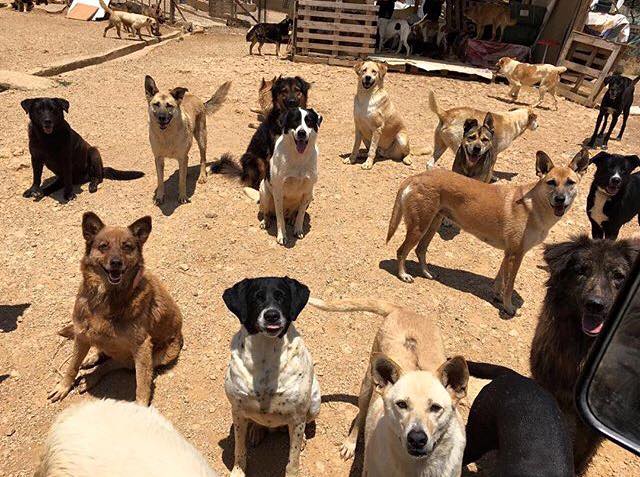 In Beirut, Lebanon, a safe haven for dogs, cats, and wildlife is struggling to keep its doors open. Beta (Beirut for the Ethical Treatment of Animals) has been providing second chances for stray animals and those displaced by conflict since 2004, often rescuing them from dangerous situations. Now, its future is uncertain.

Turmoil in the region in recent years has not only led to an increase in abandoned animals, but to a redistribution of funding, as support from the U.S. and Canada has shifted to the dire cause of Syrian refugees. According to estimates from Beta, there may be around 40,000 stray dogs alone in the small nation of Lebanon.

On June 4, Beta launched an emergency fundraising campaign to feed its 650 cats and dogs. The campaign was a success and more than $50,000 USD was raised. But the troubles aren’t over yet: Beta is a non-governmental non profit organization that relies on the generosity of donors. To avoid crises like this one in the future, Beta is asking for monthly donations from sponsors around the world. You can help them today by donating at their website.

Urgent! Your Voice Is Needed TODAY To Help Save Two Members Of The Endangered Togo Wolf Pack Before They Are Killed Tomorrow In Washington

On Friday, the Washington Department of Fish and Wildlife (WDFW) issued a new order authorizing the killing of up to two members of the Togo...
Read more
News

ELLENTON, Fla. — The Ringling Bros. and Barnum & Bailey Circus will end “The Saddest Show on Earth” in May, following a 146-year run. Kenneth...
Read more
News

Stray Dog Waits Outside Hotel For 6 Months Until Fight Attendant Adopts Him!

Here is a heartwarming story of a stray dog named Rubio from Buenos Aires, Argentina. Rubio first met Olivia Sievers as she arrived at the...
Read more
Load more