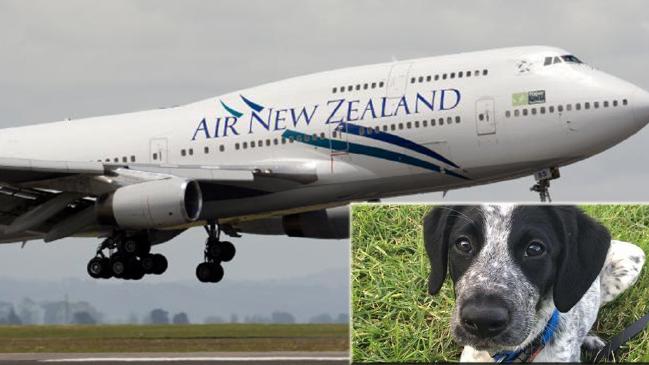 Disturbing news was reported this morning about the unnecessary fatal shooting of a dog who was apparently loose near the tarmac of an airport in New Zealand.

According to Reuters, a police marksman reportedly killed the 10-month-old bearded-collie and German shorthaired pointer cross, named Grizz, because it was delaying 16 domestic and international flights from taking off on time. 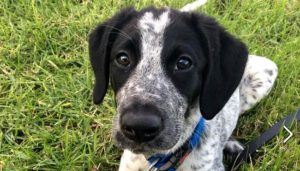 “The dog was clearly distressed and wouldn’t let anyone near it so the decision was made to shoot the dog,” said Lisa Mulitalo, a spokeswoman for Auckland Airport, explaining that the flights were delayed for safety reasons at the nation’s busiest airport while the dog was on the loose for three hours.

Mike Richards, a spokesman for New Zealand’s Aviation Security Service, said that Grizz was in training to detect explosives; and just six months from graduation.

“Of course, it was dark for most of the time it was on the run, they tried everything they could, but just couldn’t lure the dog back, I think it was just freaked out,” he said.

Hans Kriek, an ambassador for SAFE, a New Zealand based national animal rights organization, condemned the killing, questioning why the animal had not been tranquilized to which a spokesman for the Civil Aviation Authority (CAA) reportedly said he “didn’t believe” that had been an option.

“Ultimately, they have to call the police in to shoot the dog, and the police have access to tranquilizer guns, and there’s also a zoo nearby that would have one as well,” said Kriek he maintains that given staff were chasing Grizz for three hours, there was more than enough time to secure a tranquilizer gun. “So we don’t understand why they didn’t do that.

As reported by CNN, Auckland Airport originally falsely announced on its official Twitter that the dog had been captured; before revealing an hour later that he had been killed.

The Authority spokesman confirmed that the matter of a tranquilizer gun would be reviewed.

Marking the most significant step toward national wildlife conservation in decades, the Wildlife Corridors Conservation Act of 2019 was introduced yesterday in both houses of Congress. Introduced...
Read more
News

September 27th was World Tourism Day; a time to shine a light on the social, cultural, political, environmental, and economic impact of this trillion-dollar industry....
Read more
Load more