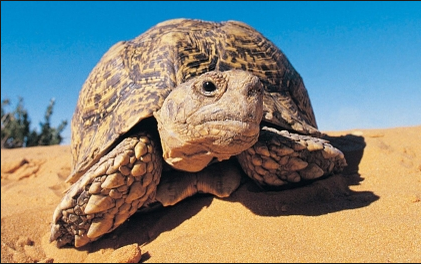 If yesterday came and went without anyone appealing an approval by federal land management and defense officials, Marines will begin relocating as many as 1500 desert tortoise from their natural habitat in the Mojave Desert. 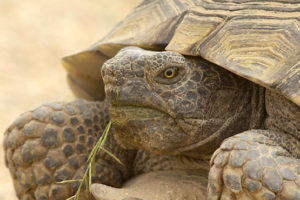 The $50-million project was previously put on hold last year after the Center for Biological Diversity filed a legal notice arguing that the required environment analysis provided was insufficient; leading to the U.S. Fish and Wildlife Service (FWS) and U.S. Bureau of Land Management (BLM) to further examine the potential risk the move posed for the tortoises, which are listed as a threatened species.

Their removal will clear approximately 88,000 acres of the desert for the Marine Corps Air Ground Combat Center at Twentynine Palms. 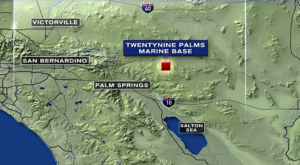 Once the FWS determined the relocation would not jeopardize the reptiles, the Marines agreed to take measures to protect the tortoises during and after their transport. 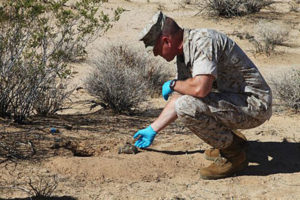 The re-stationing coincides with the time of year, in late March and early April, when desert tortoises awake from hibernation.

According to Care2, the tortoises will be flown by helicopter, by BLM, to the Ord-Rodman Critical Habitat Unit on federal land that’s about 100 miles away.

Still, some animal advocates continue to express concern about the relocation because the tortoises, who are known to live upwards of 80 years, will be losing nearly 140 square miles of habitat and moving to an area where their population has been declining. 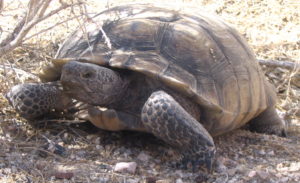 “This is the largest translocation of tortoises in the Mojave Desert, and they’re moving them to areas where tortoises are dying off and we don’t know why,” said Ileene Anderson, a biologist for the CBD, in an interview with local newspaper, The Press Enterprise.

Environmental experts have also reportedly warned that, “based on previous relocation cases, as many ashalf of the desert tortoises could die within three years because they won’t be able to find or dig underground burrows that shelter them and protect them from predators.”

Yet, Chris Otahal, a wildlife biologist for the BLM’s Barstow field office, explained that he is optimistic about the transfer because the wet winter experienced in California resulted in the growth of substantial amounts of wildflowers for the tortoises to eat while also providing plenty of other food for their predators. 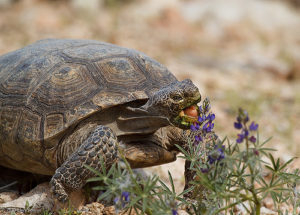 $30,000 Reward Offered For Information Leading To The Conviction Of Those Responsible For The Deaths Of Four Wolves In Washington

China’s city of Shenzhen has just passed a ground-breaking law to ban the consumption and production of dog and cat meat, the first city...
Read more
News

Southern California Man Convicted After Illegally Selling Narwhal Tusks To An Undercover Officer For $30,000 Each