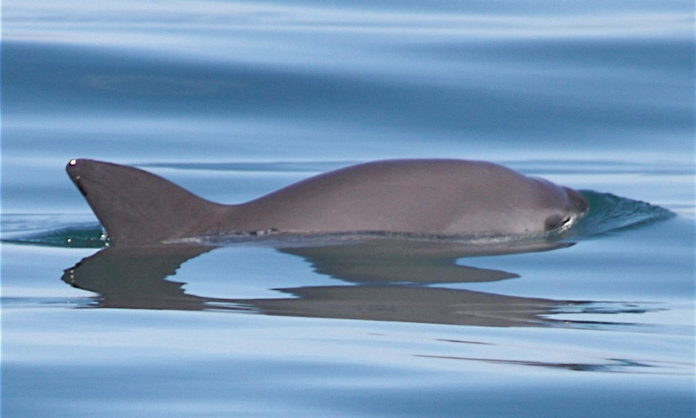 Mexico Permanently Bans Gillnets In Latest Effort To Save Vaquita

With only about 60 individuals left in the population, the vaquita (Phocoena sinus) is the world’s smallest and most critically endangered cetacean. This week, the Mexican government announced a ban on gillnets. Effective this September, it prohibits the use of these nets in vaquita habitat in an attempt to keep these unique mammals from extinction.

This permanent ban follows a temporary two-year ban on gillnets, introduced by the Mexican president in 2015. Vaquita often become entangled in gillnets and drown.

Vaquita shared habitat with a large marine fish called the totoaba (Totoaba macdonaldi), a fish with swim bladders prized on the Chinese black market. Another critically endangered species, the totoaba is aggressively fished because of its traditional value. A totoaba swim bladder may bring in between an extravagant $5,000 to $10,000. Chefs use these swim bladders in soups and other dishes.

Vaquita numbers plummeted in recent decades. Estimates from CIRVA (International Committee for the Recovery of the Vaquita) indicate that more than 500 vaquitas were left in 1997, but only about 100 in 2014–a shocking 92% decline. By the end of 2015, extensive surveys found only about 60 vaquitas left in the wild. Three vaquitas died, entangled in gillnets, this March.

Conserv Congo carried out a sting operation this week where they rescued a baby chimpanzee from two wildlife traffickers on the outskirts of Kinshasa,...
Read more
News

The Tiniest Therapy Dog In The World

Meet Norbert, he is the smallest, most adorable Therapy dog in the world who is brought in to hospitals to cheer up sick children.
Read more
News

Yesterday Began The Great American Meatout 2018! Here’s Why You Should Join The Movement!

March 20th has long been recognized as the first day of Spring but for more than three decades it has also marked The Great...
Read more
Load more