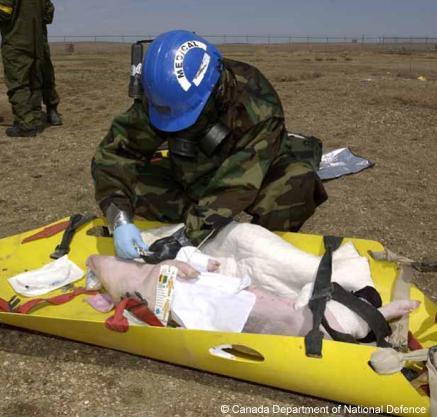 Military Ends The Use Of Animals In Trauma Training

Until recently, an estimated 10,000 animals a year were tortured and brutally sacrificed by members of the Armed Forces in the name of “advanced career training,” according to PETA. 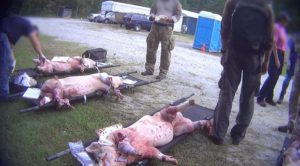 After leading the charge to modernize military training for decades, the organization has announced that Congress has advanced new legislation that will “phase out the use of animals in all trauma training exercises and replace them with more effective, ethical and economical human-patient simulators”; like-like anatomically correct, computer driven mannequins with the ability to accurately simulate breathing, bleeding and dying.

The decision was made after PETA, the Physicians Committee for Responsible Medicine and animal advocates throughout the country pressured the Department of Defense to conduct studies that proved that using human-patient simulators, is not only the equivalent to using animals, but often more effective. 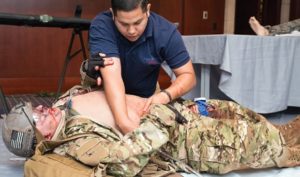 The new ruling marks the latest victory for PETA which also previously helped to put an end to the mutilation of animals by nonmedical Army personnel, armies poisoning of monkeys and use of animals in chemical weapons training among other areas.

The United States now joins the close to 80% of its NATO allies in banning the use of animals in military medical training.

WAN is thrilled to announce that another fashion giant Donna Karan and DKNY have decided to make compassion the fashion and Go Fur-free starting...
Read more
Healthy Living

Meet Some Loving Adoptable Dogs Who Are Looking For Their Furever Homes; Here Are WAN’s Rescues Of The Week!

Below are some of this week’s loving adoptable dogs who have been saved by Peace 4 Animals’ partner The Animal Rescue Mission (ARM), and are in need of...
Read more
News

Oceana Demands That The U.S. & Mexico Fulfill Their Legal Commitments To Protect Our Oceans & The Last 330 North Atlantic Right Whales On...

According to Oceana, two years after Mexico and the United States signed the United States-Mexico-Canada Agreement (USMCA), the countries have failed to comply with their environmental commitments to...
Read more
Load more