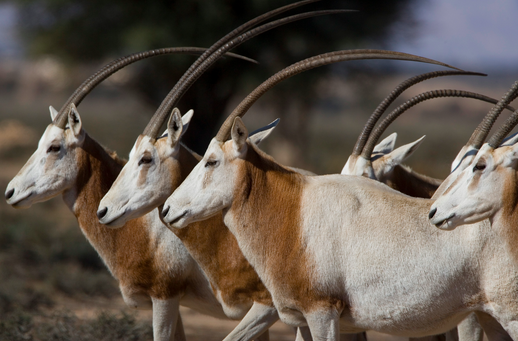 A Miracle Of Epic Proportions: The Scimitar-Horned Oryx Brought Back From Extinction In The Wild!

The scimitar-horned oryx has been brought back from extinction in the wild after 30 years, thanks to the Smithsonian National Zoo. The species is now headed back to its original habitat, the Sahelian grasslands of Chad.

According to a statement, the Smithsonian Conservation Biology Institute (SCBI) and Zoological Society of London are “leading post-release satellite-tracking efforts that will result in the collection of one of the most comprehensive datasets for any wildlife species returned to its native habitat.” 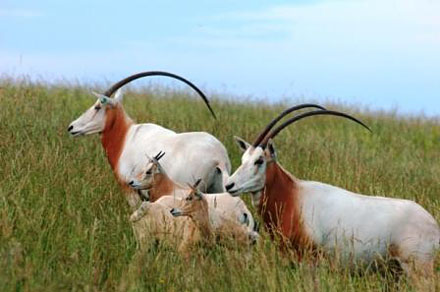 “This project was designed to ultimately give scimitar-horned oryx that chance, while also helping restore this grasslands ecosystem and to inspire and inform similar reintroduction efforts for other species,” said Steve Monfort, the John and Adrienne Mars director of SCBI.
Scientists now will begin to monitoring the species as GPS collars were placed on the animals in order to gather valuable information on their migration habits. These collars will also inform the scientists if one of the animals is killed by a poachers. The data will be gathered in near real-time. The collar can also gauge an individual animal’s temperature and level of activity.

The plan is to release 500 wild oryx over the next five years in order to build a self-sustaining population. The species went extinct due to many threats including civil unrest and extensive hunting practices in Chad.

Take Action Now! Another Horse Dies Today At The Santa Anita Racetrack Which Brings The Total To 21 Since December

24 Monkeys Who Were Kept As Pets Are Returned To The Rainforest; Signatures Needed To Protect More!

Twenty-four monkeys who were stolen from their wild home to live as captive pets are now safe and back in their rainforest home in Indonesia. The group...
Read more
Load more